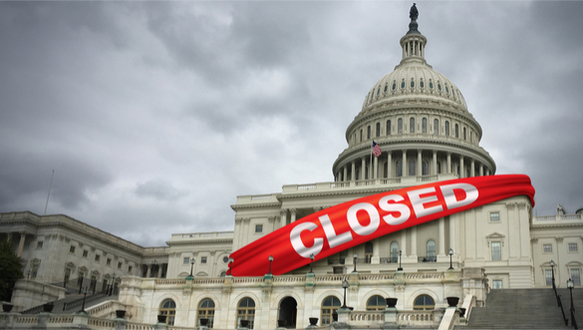 POTUS needs to show his supporters he was willing to go all the way. Both parties will eventually thwart him. This shutdown is and has been a tactical and calculated plan by the President from the beginning to get what he wants.

President Trump really wants to own the shutdown. That wasn’t a mistake in the heat of the moment during his meeting with Nancy Pelosi and Chuck Schumer.  President Trump wants the next House and the Senate to override him and force the re-opening of the government after the drama of a shutdown.

The more it looks like POTUS was forced to re-open the government without getting the $5 billion for funding his wall the better. Being forced to re-open the government by the GOP controlled Senate, DEM controlled House in January gets POTUS off the hook with the far-right contingent of the Republican Party that makes up his political base. What we will see during the next few days will be Kabuki Theater, all designed to demonize both Republican and Democratic lawmakers and to lionize President Trump. It’s a brilliant move for President Trump.

With all the investigations and accusations that will be unleashed by the next Congress Trump is looking to paint a picture that Washington’s insiders are attempting to bring his Presidency tumbling down.  He’ll use the shutdown to start painting a narrative that it’s the Washington establishment trying to subvert the will of the people. Expect a dramatic day today culminating in a 2-3 week shutdown that will force a veto-proof bi-partisan vote to reopen the government.

The stock market has likely digested this already, so I’m not expecting another big leg down unless we see a Black Swan event like Russia invading Ukraine. In that case, we could see the Dow and S&P plunge an additional 5%. Investors should proceed carefully.