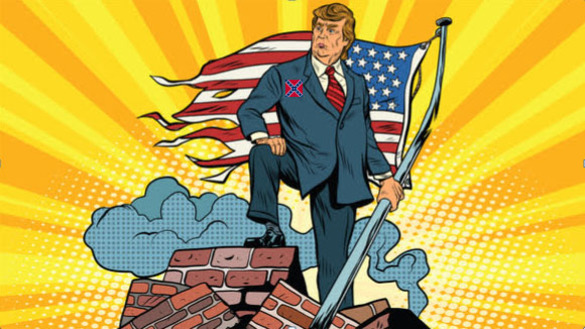 Is President Trump a racist? The racists in this country and the in the Republican think he is and that matters.  This and his policies and rhetoric prove he’s in fact a racist.

President Donald J. Trump is honoring those who fought “to preserve slavery and uphold white supremacy,” the Lincoln Project says.

The group of conservative critics has issued a statement that says he’s earned a terrible new title after he again defended the Confederacy and vowed to continue to honor its leaders and generals.

“For all intents and purposes, Donald Trump today became the Confederacy’s second president,” the Lincoln Project said in a statement: 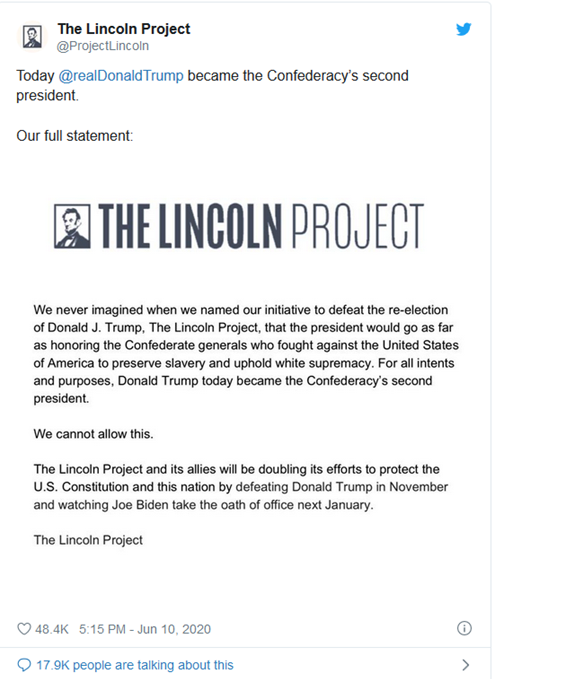 Flag of Treason - The Lincoln Project