GOP Bets on Inflation as a Winning Strategy 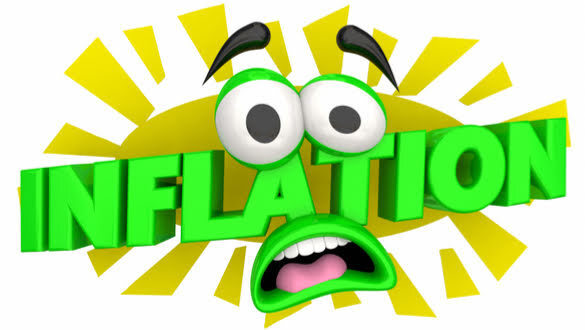 President Joe Biden's economic policy is being targeted by Republican legislators, who are placing a strong emphasis on inflation figures as part of their overall approach.

As the Republican Party prepares its attack lines against President Biden and down-ballot Democrats in the run-up to the midterm elections, it is turning to rising inflation as a potentially winning issue.

As a result of the Labor Department's publication of statistics on Wednesday, annual inflation surged to 6.2 percent in October, the highest level in more than three decades.

Prices increased by 0.9 percent in only one month, indicating the third month in a row that inflation has been growing.

Republicans have spent months attacking President Joe Biden and Democrats for increasing food and gas costs. Inflation was a major theme in Gov.-elect Glenn Youngkin's (R) successful quest for the governorship of the Commonwealth of Virginia.

While Democrats hope to capitalize on the passage of President Joe Biden's bipartisan infrastructure package and shift attention to the economy's bright spots, the Republican Party is betting that Americans will be most concerned about the day-to-day pinch they feel at the grocery store or the gas pump — and that they will place the blame on Biden's agenda.

Ronna McDaniel, chairwoman of the Republican National Committee, said in a statement that "American people are experiencing record-setting expenses for daily commodities, from petrol to groceries, while Joe Biden continues to push for billions of dollars in wasteful spending and the greatest tax rise in decades."

The Republican Party hinted early this year that inflation would be a prominent topic in the upcoming midterm elections, with the National Republican Congressional Committee airing advertisements on the subject in July.

In Virginia, Republicans had their first indications of victory on the topic last week, which has resulted in a unity of the party's rhetoric on the issue.

As one Republican strategist put it, "the whole Republican ecosystem has come together behind this fact because it is a top concern among voters."

Following the commencement of an advertising campaign targeting a group of moderate Democrats this month, the Club For Growth called on them to reject President Joe Biden's social spending proposal, citing inflation as justification.

On Thursday, the Coalition to Protect American Workers, a nonprofit run by Marc Short, a former chief of staff to Vice President Mike Pence, began a six-figure television ad campaign targeting some of the same politicians who have been complaining about increasing costs.

In addition, it isn't only Republicans at the top of the ticket who are focusing on these concerns.

According to Republican candidates running for office down the ballot, inflation is a great example of a kitchen table concern.

According to polling results, such assaults may be successful.

Since the summer, both Biden's overall popularity rating and people's opinions of his economy management have plummeted. In contrast, the price of oil has risen.

While employment growth, the stock market, consumer spending, and household savings all remained solid, the advent of the delta version of the coronavirus in late July caused supply chains to get knotted and added gasoline to the fire of rising prices.

According to a Gallup survey conducted in October, voters' confidence in the status of the economy fell to its lowest level since January, even though a record-high 74 percent of respondents said it was a good time to find a quality job at a competitive wage.

The percentage of respondents who said that high costs were the most critical problem confronting the United States increased from 1 percent in September to 5 percent last month, according to the survey.

At the same time, according to an AP-NORC survey, 65 percent of Americans consider the status of the economy to be "bad." An NBC poll revealed that 57 percent of respondents disapprove of Biden's handling of the economic situation.

Other areas of growth in the economy were obscured by rising costs, especially as substantial increases in food and energy prices squeezed family budgets for those who were already stressed for cash.

The United States is one of several rich countries experiencing greater inflation as consumer demand outstrips supply lines that are still fighting to recover from the pandemic's outbreak.

The majority of experts believe that Biden will be unable to prevent a worldwide surge in prices, which will inevitably subside as the virus fades from the headlines.

Despite this, the sharp increase in costs has polarized people against Biden and the Democrats at a critical juncture.

According to Democratic Party leaders, the approval of legislation such as President Biden's infrastructure plan would eventually mitigate the consequences of inflation.

Representative Susan Wild (D-PA) said at a news conference on Wednesday that "I believe that a lot of what we are doing here will really help to reduce inflation over the next several months."

Wild believes that individuals reentering the labor and restoring order to the supply chain would "curb inflation by far greater extent than anybody had anticipated.

It is her goal that no one would attempt to link the passing of these two acts to the present inflation rates since there is just no connection, she stated.

On the other hand, conservatives are attempting to achieve just that by linking growing prices to "reckless" government expenditure.

The jump in inflation puts Biden's "Build Back Better" proposal, a $1.75 trillion social services and climate measure that Democrats are attempting to enact via budget reconciliation, in jeopardy right now.

However, conservative Democrats such as Sen. Joe Manchin (D-W.Va.), who has raised concerns about spending more money in the face of rising costs, are becoming vocal in their opposition to the procedure, which permits legislation to sail through the House and Senate with simple majorities.

In a tweet on Wednesday, Manchin said that "Americans are aware that the inflation tax is real, and that Washington cannot continue to disregard the economic misery that Americans are experiencing daily."

Officials from the White House and Democratic senators have argued that the Build Back Better plan would battle inflation by cutting the cost of child care and prescription medications.

They argue that the infrastructure bill will assist in growing the workforce while also increasing productivity by providing much-needed repairs.

However, even analysts who are skeptical of the White House's inflation management believe that the two infrastructure acts are unlikely to stimulate significant price increases in the near future.

According to former Treasury Secretary Larry Summers, a Democrat who has blamed high inflation in part on President Joe Biden's stimulus plan for high inflation, "the 10 years of the two spending bills together are less than the one year of what they did last spring and, B, unlike what they did last spring, are paid for by tax increases," said Summers.

Democrats have proposed a series of tax hikes on rich people and companies to pay for the Build Back Better plan.

In most cases, covering the costs of additional government expenditure with new income reduces the effect of new spending on inflation.