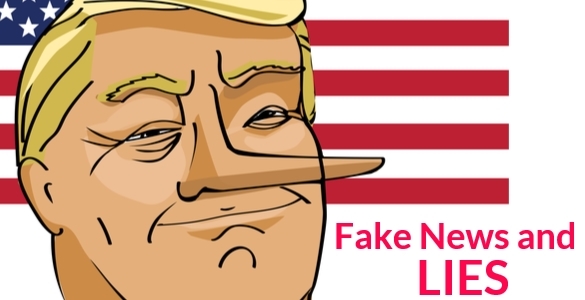 Measures are taken to slow the spread of coronavirus are already causing business closures and layoffs; they will likely also bring a “collapse” in spending. Secretary of the Treasury has warned unemployment will reach 20% if the government doesn’t handle the crises properly.

JP Morgan, almost a week ago, warned about a 5% drop in the Gross Domestic Product (GDP) in the current quarter here in the United States as a result of the coronavirus epidemic. Now Goldman Sachs economists are forecasting it could be a lot uglier drop. In essence, an unprecedented 24% drop in the nation’s gross domestic product as state and local governments across America shut down businesses, schools to keep people at home and apart to try to slow the spread of coronavirus nationwide.

In an analysis released on Friday, Goldman Sachs economists are saying the previous forecast isn’t going to be a 5% drop in U.S. GDP for the second quarter (April through June). Instead, it’s going to be a 24% drop. The mass shut down of the company will bring declines in manufacturing activity and services consumption that will resemble that which was experienced the devastating effects of the Great Depression of the 1930s. If this happens, the coming economic meltdown will be the worst in modern history. The most significant quarterly decline in U.S. GDP after the end of the depression was a 10% drop in the first quarter of 1958.

“The sudden stop in U.S. economic activity in response to the virus is unprecedented… social distancing measures across the country have shut down normal life and have already led to a rise in layoffs and a collapse in consumer spending.

Goldman Sachs economists have concluded that their dramatic new projections reflect expected declines in spending in areas “that require face-to-face interaction,” assuming an 85% drop in spending in sports and entertainment spending, a 75% decline in transportation, and a 65% decline in hotels and restaurants.

Goldman Sachs economists go on to forecast an increase in GDP for the second half of the year, up 12% and 10% in the third and fourth quarters respectively, making the full-year growth down about 4% for 2020. The economists based their later-quarter projected increases on the potential effectiveness of mitigation measures, more testing for the virus; changes in weather; and possible medical breakthroughs, though they noted that the exact timing of these is “highly uncertain” and “relapses are plausible.”

The Goldman Sachs economists, however, are more optimistic than Treasury Secretary Mnuchin by predicting unemployment reaching up to 9% in the coming quarters. They base their unemployment projection on data from Hurricane Katrina in 2005, calling it a “modern natural disaster that had the largest impact on a regional U.S. labor market.”

The truth about what lies ahead relies on how well the epidemic is managed here in the United States.  Many believe President Trump and his Administration are mismanaging the pandemic. 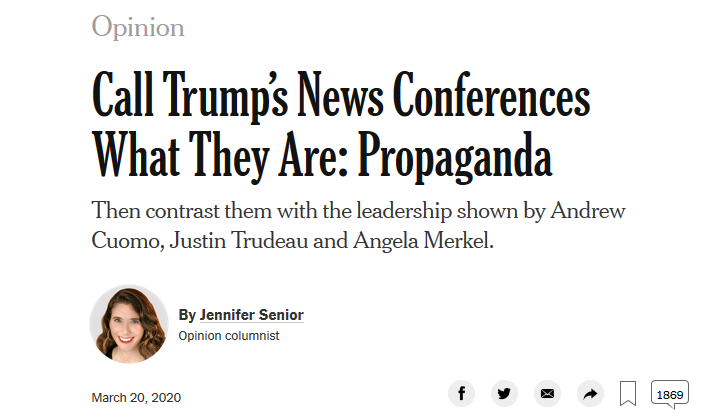 Jennifer Senior, a columnist of the New York Times, wrote a brutally blunt editorial for the New York Times describes  President Trump's lie-filled performances in the now daily press briefings on the coronavirus pandemic. Suggesting the media call them what they are: presidential “propaganda.”

Senior wrote that Trump’s news conferences resemble the old Soviet Union propaganda designed to convince people that the truth is a lie, and the lies they tell are the truth…

“We’re witnessing the falsification of history in real-time. When Donald Trump, under the guise of social distancing, told the White House press corps on Thursday that he ought to get rid of 75 to 80 percent of them — reserving the privilege only for those he liked — it may have been chilling, but it wasn’t surprising. He wants to thin out their ranks until there’s only Pravda in the room.”

“Only a liar — and a weak man with delusions of competence — would be so unnerved by the facts.”

“At his Thursday news conference, a discussion of Chloroquine and other experimental therapies formed the core of his (President Trump’s) remarks, when those drugs and therapies are untested and unproven and, in some cases, won’t be ready for several months.”

“‘What do you say to Americans who are scared?’ Alexander pressed.

‘I say that you’re a terrible reporter,’ Trump answered and went on an all-out attack against Alexander and Comcast, the owner of CNN.

”Trump’s disgusting attack on NBC reporter Peter Alexander for merely asking what he could say to the public that is living in fear of the pandemic, Senior writes… “…enough is enough.”

“Most dangerous of all is Trump’s insistence that things are fine, or will be shortly, that they’ll be stronger and better and greater than ever. We don’t have any evidence that this is true, and the president finds any suggestion to the contrary quite rude.”

“When a journalist pointed out to him on Thursday that the economy had all but ground to halt, Trump cut him off,” she explained. “Here’s the truth: Things might be hard — unfathomably hard — for months, perhaps even north of a year. Anyone who’s reading or listening to other sources of news besides the president knows that. It takes sensitivity and strength, and intelligence to speak truthfully to the public about imminent hardship, the prospect of enduring pain.”

President Trump has no sensitivity of strength and appears after decades of lying to have a genetic predisposition to lie even when the truth would serve better than his lies.

The fact is this epidemic, and its danger to humanity will likely last here in North America for several more weeks, according to Dr. Anthony Fauci, director of the National Institute of Allergy and Infectious diseases. 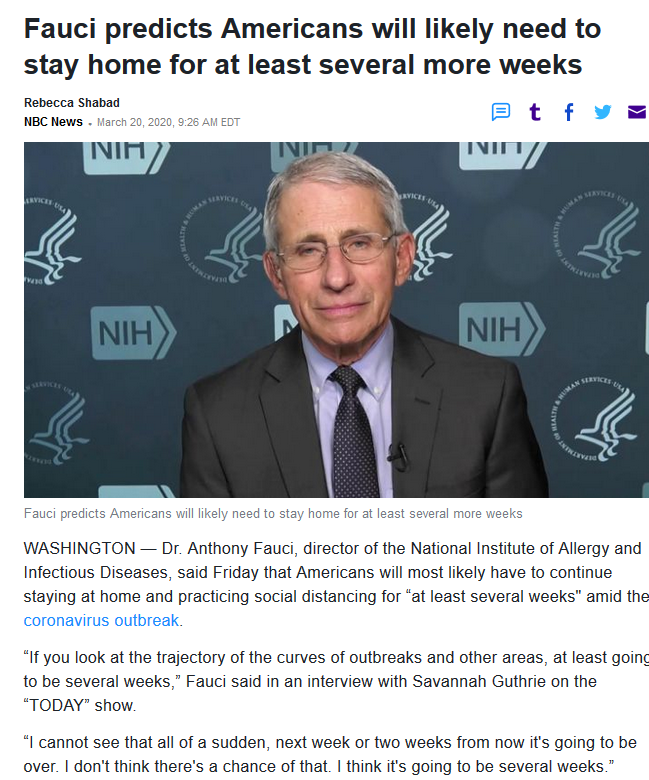 Predictions that as many as 200,000 to 1.7 million people could die from this pandemic. Something President Trump, his kakistocracy (government by the least suitable or competent citizens of a state), and intellectual incompetents with talk shows on FOX News was still claiming an “all is well” signal into the middle of last week.  We are living in dangerous times and the American people deserve more from our president, elected officials, and “news” than misinformation, disinformation, and lies.

When the truth was relayed to our the Senate Intelligence Committee, those constituents, GOP Senator Richard Burr of North Carolina, took steps along with GOP Senator Kelly Loeffler of Georgia to unloaded large amounts of stock before the crash. Were these representatives preaching “all is well” serving the U.S. people or just themselves?

These “super villains” and other Republican lawmakers knowingly hide the truth from the American people to back up President Trump’s lies to the public about the dangers of the coronavirus and its likelihood to become one of the worst pandemics in human history. They sat on their hands instead of taking steps to prevent nationwide medical shortages for months while they protect their investment portfolios.

Now President Trump’s Chief Economic Advisor Larry Kudlow is predicting the bailout legislation will amount to $2 Trillion. This is the same guy who assured us the country was sealed up and wouldn’t sub come to this pandemic.