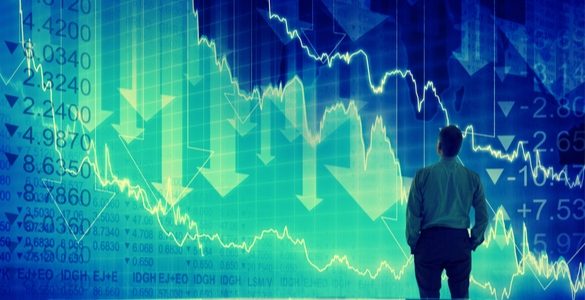 Are U.S. stock markets heading for a huge correction as new record highs in the DOW, S&P and NASDAQ are being made over and over again?  Will the resurgence in Covid-19 set off a market crash?

The world's financial markets have been on a tear for the last several months. Several factors, including…, have driven this frenzy in U.S. and global equities

Now, there are signs of a new resurgence of Covid-19 infections taking place in Vermont, Michigan, and other communities around the country that could derail the bullish frenzy on Wall Street. Health experts around the globe are concerned that between the approaching holidays and winter weather, millions of people congregating indoors could send the pandemic back into overdrive. Besides health experts being concerned, some of the biggest names on Wall Street are starting to express their concern.

On Wednesday, Goldman Sachs Chief Executive David Solomon expressed his concern during his latest interview with Bloomberg at the New Economic Forum in Singapore. He feels that the global bull market we are experiencing creates a dynamic in which greed outpaces fear. He has learned from experience that periods of exuberance like the one we are experiencing right now... are rarely long-lived.

To his credit, Solomon predicted this would happen three years ago even, almost a year before the Covid-19 pandemic emerged.

Now Solomon says the global economy has been in a 'complicated time' since the coronavirus pandemic started to rage worldwide in 2020. The reaction to the efforts by the world's governments to battle the pandemic and bolster their economies and prevent an economic meltdown has led to the opposite extreme … the wild exuberance in certain markets that he cautioned about…

"I think markets generally when I step back, and I think about my 40-year career; there's been a period of time when greed has far outpaced fear. We were in one of those periods of time."

"We were in one of those periods of time, and generally speaking, my experience says that you know, those periods are not long-lived."

"Something will rebalance it and bring a little bit more perspective. And given it feels like inflation is running above trend, chances are interest rates will move up, and that will take some of the exuberance out of certain markets."