Gold Will Outperform the Stock Market 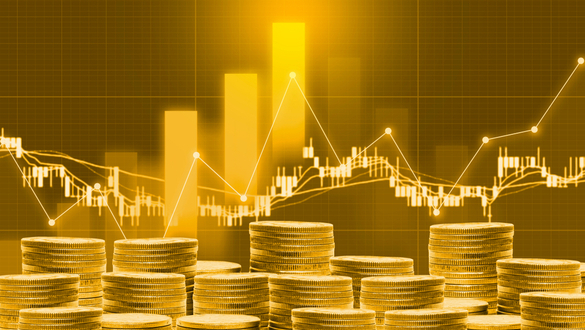 According to my brother, Gold was destined to soar to dizzying heights. And sooner rather than later, as well. Withdrawing from the antique business and purchasing many bullion coins, he put that subject to use in his investment strategy.

"Gold looks attractive compared to US equities and may have made a secular turnaround. The gold S&P 500 ratio is trending to a mean of 1.67. The downtrend appears broken, and the moving average has stabilized and is now pointing slightly upward again. Based on the previous counter-trend rallies, Gold could more than triple against the S&P 500 if it reaches its 122-year median over the next ten years."— Incrementum, A.G

My late brother was an ardent "gold bug." I say that somewhat reluctantly, as the phrase has a pejorative connotation. To compare any investment

enthusiasm as insect-like is to put it down. And question its legitimacy.

No one derides "bond bugs." Or "blue-chip bugs." Or "bullish NASDAQ bugs." We don't even hear of "Bitcoin bugs."

In other words, Gold has had a bad press compared to other investment options.

Those who see that the teeter-tooter of investment fashion can sometimes tip away from stocks and fixed income in a way that leads Gold to outperform are not a species of insect — but shrewd investors.

In that respect, my late brother Dennis was shrewd. I particularly remember when we were partnering in an antique shop in Annapolis — an enterprise for which my brother contributed most of the inventory. It was comprised mainly of prize pieces he acquired in Sotheby's auctions.

My instant analysis, informed by spending many tedious hours waiting for the door to open and a sale to ensue, was that a successful retail antique business — at least in a market like Annapolis — must have an inventory of froufrou — lots of small accent pieces and items that can be impulse sales for a few dollars.

The kind of antiques that Sotheby's auctions are very expensive/ And living with showpiece antiques requires careful attention to avoid damaging and degrading your investments.

Much of the same impulse that moved my brother to buy hoards of gold coins also moved him to buy a Carved Mahogany Federal Sofa circa 1825. My guess is that the one we displayed in the shop would easily be worth more than $25,000 today. That presumes that you could have held it for years and still avoided spoiling the original upholstery.

A great advantage of Gold is that you needn't wash your hands to handle it. Unless uncirculated coins carry a hefty premium, oils and dirt could degrade your hands. Gold bullion and bullion coins stand up to dirt.

My brother formed relatively firm opinions about inflation and Gold of the Austrian variety; reading Human Action by Ludwig von Mises, the famous economist both in Lviv, Ukraine, Dennis was particularly impressed by Mises's thoughts on "the Crack-Up" — "There is no means of avoiding the final collapse of a boom brought about by credit expansion. The alternative is whether the crisis should come sooner as the result of voluntary abandonment of further credit expansion, or later as a final and total catastrophe of the currency system involved."

He was also an enthusiastic fan of Murray Rothbard's case for a gold standard: "It is particularly odd that economists who profess to be champions of a free-market economy should go to such twists and turns to avoid facing the plain fact: that gold, that scarce and valuable market-produced metal, has always been, and will continue to be, by far the best money for human society."

My brother, bless him, thought Gold was destined to soar to extravagant heights. And sooner rather than later. He put that theme to work by withdrawing his capital from the antique business and buying a fat stash of bullion coins.

He enjoyed good luck. Notwithstanding the fact that markets have proven capable of ignoring the compelling logic of Mises and Rothbard for decades at a time, on this occasion, he pocketed a handsome profit by buying Gold.

I later fretted that the coincidence that his timing was so good contributed to my brother's embrace of an illusion that gold investment was easier than it was. His extravagant investment of a fortune implied in buying a "J" Boat — a performance sailboat for off-shore cruising that cost $500 per day when standing still at the dock.

Now the tea leaves are hinting that the timing is attractive for a breakout in Gold.

Note that analysis of the gold price is complicated by the effect of inflation in smudging clear perception of the value proposition. It isn't easy to calculate an inflation-adjusted price of Gold.

As you can see from the recent history of gold prices,  expectations play an informing role. For example, Quantitative Easing following the 2008 financial crisis stoked inflationary expectations leading to the spike of gold prices to an all-time high of $2,354.25 in August 2011.

of Gold and the value of the S&P 500 or another stock market index.

As the snapshot analysis quoted from Incrementum (an independent investment and asset management company based in Liechtenstein) highlights, the gold/S&P 500 ratio, "whereby one ounce of gold buys fewer and fewer shares of the S&P 500, was broken in  2018, and since then the ratio has been bottoming out."

The record shows that over the long term, the Gold/S&P 500 ratio tends to revert to a mean value of 1.67. I should probably explain that I am sharing forbidden knowledge. This blob posted by Incrementum comes with a health warning:

"Access to information on this website as well as products or services which are described on this website may be prohibited for certain users due to local laws and regulatory provisions. This applies particularly to persons domiciled in the USA or US nationality. For those persons who are subjected to such constraints, access to this Incrementum website (this definition also includes the following its subsidiaries and associated companies) is prohibited. If you are uncertain about the sales restrictions or the significance of information published on this website, don't hesitate to contact your financial consultant or another professional advisor. The decision to invest in a product described on this website or to make use of relevant services should only be taken based on the sales material in question (e.g., prospectus)."

You can see that the US government is doing more to suppress the free flow of information and opinions online than Twitter ever imagined doing.

Nonetheless, Strategic Investment has no qualms about sharing our advice about Gold with you. Stay tuned for more details.

Since 1984, I've been publishing an investing newsletter called Strategic Investment. For the last 38 years, my job has been to offer International and domestic insight financial recommendations and generate as much money as possible for my subscribers.