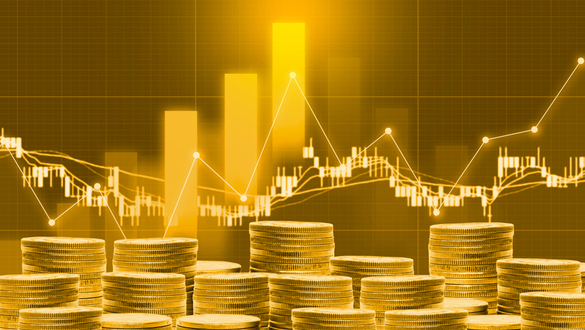 Gold has been moving higher as the reality that the Federal Reserve will likely cut interest rates, which result in a weaker U.S. Dollar. The growing risk of war between the U.S. and Iran has just added fuel to the fire under gold.

The world economy is slowing down as a direct result to President Trump’s global trade war, especially about China. Recognizing the weakness in the global economy, the world’s central banks are considering interest rate cuts and even monetary easing to prevent a recession.

President Trump has been very vocal in his opinion that the Federal Reserve should begin cutting interest rates and slowing down its buyback of debt used to pull the country out of the great recession of 2008-2011.

Lower interest rates mean the cost of holding gold is cheaper for investors and also means a lower valuation for the U.S. dollar. Gold is traded in U.S. dollars, so a weaker dollar is very bullish for gold.

Gold is also a commodity that investors rush into as a safe-haven during a crisis. The growing confrontation between the United States and Iran is the kind of crisis that will drive investors into gold and is responsible in my opinion for the spike in gold over $1,400 an ounce.

Yesterday, President Trump ordered a military strike on Iran. He telegraphed that a reprisal attack was likely via tweet asserting that “Iran made a big mistake!” but at the last minute he called of the retaliatory strike for shooting down one of our $240 million spy drones because he was advised it could kill up to 150 people.

This was a wise decision on his part. Killing people is a lot different from crippling ships or shooting down aerial spy drones. It would have been a heavy handed response, and disproportionate enough to fracture the already delicate support from most of our allies. It could also drive China and Russia to break with the United States on Iranian sanctions and end up pushing them into selling Iran more than enough arms to escalate the confrontation into a widespread regional war.

Gold in response to all this soared over $1,400 last night. I recommended 700 shares of Direxion Daily Gold Miners Index Bull 3X Shares (NUGT) to my WorldOpportunityInvestor.com subscribers since the beginning of this year at an average price of $18.156 per share of the ETF and this morning recommended taking profits of over 41% immediately on this spike in the price of gold.

My newest subscribers were positioned on Tuesday to take up to a 28% profit on before the spike.

I am still very bullish on gold and expect gold to challenge its all-time highs, and top the $1,900 level in the next 24 months. My reasoning is simply the danger of a new widespread war in the middle-east is growing, another U.S. government shutdown may be ahead, and the increasing likelihood of lower interest rates and monetary easing by central banks around the world are all factors that should drive the gold prices higher.

As a result, I’ll be looking to re-enter a gold position as the current panic over the Iranian, U.S. confrontation subsides. So please take a subscription to WorldOpportunityInvestor.com so you will be among to receive my next buy recommendation for gold. Don’t miss out on the next tranche of profits.