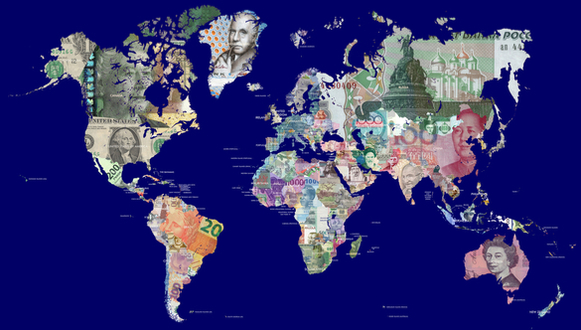 The Institute of International Finance (IIF) reported Tuesday the amount of debt held by lenders world-wide rose by the largest amount in two years during the first quarter of 2018, growing by $8 trillion during the first three months of the year.

According to the IIF, global debt has now risen to over $247 Trillion, which comes to 318% of the world’s gross domestic product.

The Institute of International Finance is the global association of the financial industry, with close to 450 members from 70 countries. Its mission is to support the financial industry in the prudent management of risks; to develop sound industry practices; and to advocate for regulatory, financial and economic policies that are in the broad interests of its members and foster global financial stability and sustainable economic growth.

The IIF, in its latest update, found that global debt has risen by $30 trillion since just the fourth quarter of 2016. IIF’s Executive Managing Director, Hung Tran, during a recent call with reporters warned …

“The pace is indeed a cause for concern,” “The problem with the pace and speed is if you borrow or if you lend very quickly … the quality of the credit tends to suffer.”

“That means more governments, businesses and individuals have been borrowing that could have trouble paying the money back.

“The quality of credit worthiness has declined sharply”

IIF also noted that while financial sector debt has been rising at a slower rate, it has hit an all-time high of around $61 trillion. Global debt-to-GDP increased for the first time in more than a year.

All of this debt raised concerns about the slowing of global growth and the risk of U.S. interest rates rising. The IIF said in its latest report …

‘Worries about credit risk are returning to the forefront, including in many developed economies, such as the United States and Western Europe.”

Sonja Gibbs, IIF’s senior director of the global capital markets department, noted that there was an increased risk of sovereign debt crises in a select few developed markets as a result of the increase of debt and financing costs…

“Government debt is higher than it was prior to the crisis and corporate debt as well,” Gibbs said. “This may be slightly overlooked.”

“United States’ debt growth is particularly worrisome, given that it has now grown to more than 100% of GDP. With the increases in spending from President Donald Trump and Congress, the U.S. will now have funding needs of 25% of its GDP.”

“The U.S. really stands out here because … a lot of that is the expanding budget deficit as well as maturing debt,” Gibbs said. “That’s a lot of financing need affecting the market.”