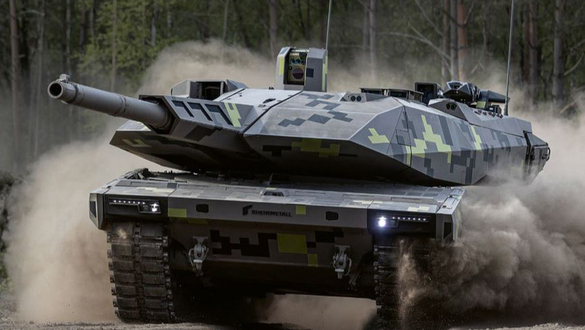 Germany still believes that Russia could be controlled by diplomatic means, and it grew to take a stance against what it saw as aggressive language coming from other powers.

Tank warfare seems to be this year's hot item. This is because Western nations are scrambling to provide armored vehicles to Ukraine, and the importance of main battle tanks in Ukraine's conflict has just become the sharp focus. Kyiv needs a large number of armaments and defenses, including tanks. Despite the desire of nations who already have Leopard tanks to deploy them to Kyiv, Germany has apparently been holding up the transfer of these tanks to Ukraine.

President Volodymyr Zelensky of Ukraine has emphasized that his administration is waiting for decisive action on help from the West. Ramstein Air Base in Germany has hosted a conference to attempt to resolve the standoff with Germany.

Washington is applying pressure on Berlin. It seems that Poland will still deploy tanks anyway. Anna Baerbock, Germany's foreign minister, reportedly claimed Berlin would not object to other nations sending Leopards, but Germany has now changed its mind. There is also a new defense minister in the government. In a statement released Monday, Polish Prime Minister Mateusz Morawiecki expressed his country's eagerness to proceed with the tank supplies.

It would seem that Germany is taking a cautious approach to this matter, which does not bode well for the cohesiveness of Europe, the West, or NATO. This comes at a particularly inopportune moment, given that Turkey is also attempting to prevent Sweden and Finland from joining NATO. Russia can have some influence on Turkey. In the past, Russia has also attempted to exert its effect on the political leaders of Germany and Germany's foreign policy. This impact may be traced back to Russia's efforts to advance the Nord Stream pipelines and its collaboration with Gerhard Schroder, a former chancellor of Germany. Also, throughout her almost two decades in government, Angela Merkel gave the impression that she was trying to pacify Russia.

The present German government has inherited this function from the previous administration. It is making an effort to be realistic and understated. It is not prepared to assume the dangers associated with the Baltic nations or Poland or even those associated with Sweden, the United Kingdom, or France. It's possible that this isn't because they are "pro-Russia," but rather because of some other contradictory reasons. Some publications have speculated that there could be subliminal motivations for this, such as that people would not want a flashback to WWIII in the form of German tanks killing Russians again. Or, there may be dissenters in Germany who have a soft spot for Russia, either because of Moscow's influence in East Germany or for some other reason.

This presents a challenge because Germany is a significant producer of weaponry. In contrast to the Abrams tank, which is manufactured in the United States, Europe relies heavily on the Leopard 2 tank. Countries such as Greece, Spain, Turkey, Poland, Finland, Sweden, Canada, Switzerland, Austria, and Norway are just a few of the countries that employ the tank. Germany has a significant supply of the tank, but other nations could contribute a few dozen if they wanted to, and it wouldn't hurt their own defensive posture. Germany has a significant supply of the tank.

In addition to that, the Leopard receives many accolades. It has been referred to as "one of the most well-reputed combat tanks" by NPR. It is referred to be "one of the best-performing" by Al-Jazeera. Other media have lauded its accuracy in aiming as well as its adaptability to various types of terrain. Built-in the 1980s, it has a maximum speed of around 68 kilometers per hour with a main cannon that is 120 millimeters in caliber.

By stating that the United States should likewise commit to delivering Abrams, Germany has attempted to drag out the resolution of this problem. But given its distance from its facilities, who will be responsible for repairing the Abrams? As a result of the Leopard's widespread employment, a number of nations can provide training to Ukrainians and assistance with the logistical supply chain that goes along with tanks.

Even if Germany and a few other nations are willing to deploy the Leopards, most countries will not send more than a handful. Consequently, the tank problem is more symbolic, and it is about putting all of the Western nations on the same path. It would seem that Germany is a barrier, yet this is not the sole one. Turkey is another significant obstacle and potential spoiler. However, even though it is a member of NATO, most people do not consider Turkey part of the West. Germany sits in the center of Europe and serves as a key economic and military force for the continent. This indicates that the repercussions of German hesitation will continue to cast a shadow over the conflict.

In this context, it is important to remember that Germany's historical role concerning Russia was not forceful enough. It was under the impression that it was the most developed "realpolitik" state and that diplomatic solutions were usually successful. It tended to assume that Russia could be controlled by diplomatic means, and it tended to oppose what it saw to be aggressive language on the part of other powers. Berlin had quite similar views on Iran as well. It likes to depict itself as a very responsible nation, one that does not give in to emotions and wrath but instead acts with a great deal of pragmatism and the type of conservatism that would have led German leaders like Bismarck and intellectuals like Clausewitz.

This kind of pragmatism and "realism" leads to the split of nations and tends to satisfy the type of hunger that warmongers like Putin have. Germany's policies drove Europe for the better of 20 years, but in the end, Russia invaded, and Germany's gamble turned out to be a losing one. But despite the fact that they are in the wrong, Western nations need Germany and the economic might and industry that it provides. The items essential to bolster Kyiv's defenses will not be produced by smaller economies.

According to DW in December 2021, Germany's weapons exports may lag behind those of the United States, France, Russia, and China; nevertheless, the country has recently been increasing its exports and reportedly sold around $9 billion worth of weaponry. This equates to around 4.5% of the total sales of weapons in the world. Roughly half of this is transferred to countries outside of Europe, while the remaining thirty percent is distributed among European nations and NATO members. Having Germany on board is critical because of its closeness to Ukraine as a logistical base. Although countries like the United Kingdom and others supply many armaments, Germany's involvement is essential.

The provision of war is in many ways just as crucial as the actual fighting, and Ukraine will need the provisions this year. The seemingly passive stance that Germany has taken throughout this critical period of the struggle will have far-reaching implications for the countries that can depend on Berlin in the future.