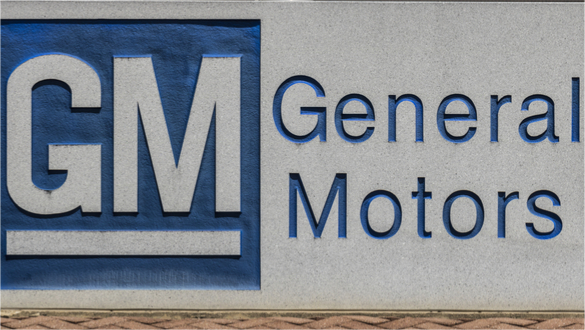 Our country’s biggest auto maker, General Motors, currently employing 110,000 here in the United States, warned President Trump's tariffs threaten to undermine the company’s ability to compete and could lead to "a smaller GM."

Translation, Trump’s easy to win trade war, which was supposed to be all about putting his administration in a better position to negotiate – is turning in to a potential nightmare. So, much so GM is ignoring the all out attacks on Harley Davidson unleashed by the President the last several days.

In a filing with the Commerce Department, the GM said the trade actions pursued by President Donald Trump will add risks, including higher costs that could spiral into more expensive car prices and a subsequent decline in vehicle sales.

Mr. Trump threat hit imported cars and parts with new higher tariffs, which could raise auto prices in the U.S. by roughly 10 percent, according to economists and industry analysts. Who caution these tariffs would only add to the pain of U.S. auto manufactures already dealing with Trump’s foreign steel and aluminum. GM in its statement also said...

"The correlation between a decline in vehicle sales in the United States and the negative impact on our workforce here, which, in turn threatens jobs in the supply base and surrounding communities, cannot be ignored," If GM swallows the higher costs from the tariffs, it would need to cut investment, lower its wages for workers and hire fewer people.”

Other economic analysts estimated losses as high as 195,000 over three years if 25 percent tariffs are applied broadly.

Because the tariffs would inject "uncertainty" into the U.S. economy, the "total shock" could be twice as large, the Oxford analysts wrote. It would also be felt quickly.

Mostly luxury brands would be hit, such as Audi, BMW and Mercedes, "but higher import prices for parts could affect the pricing of mid-range vehicles produced in the U.S. like Volkswagen," the analysts wrote.

Consumers may see an average price increase of $5,800 from a 25 percent import tariff, according to estimates cited by the Alliance of Automobile Manufacturers (AAM), a lobbying group for carmakers. That's a "$45 billion tax on consumers," the group said, citing an analysis of Commerce Department data.

"The penalties we could incur from tariffs and increased costs will be detrimental to the future industrial strength and readiness of manufacturing operations in the United States, and could lead to negative consequences for our company and U.S. economic security."