Gas Prices Soar Above $4 a Gallon in the US 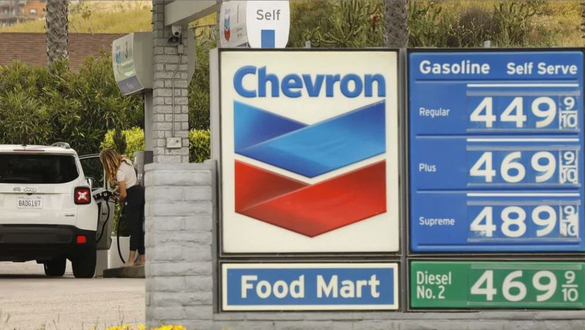 The national average price was $4.009 a gallon on Sunday, approaching the 2008 record. Since Russia's invasion of Ukraine, the cost of gas has climbed daily.

As a result of Russia's invasion of Ukraine, gas prices in the United States have risen to their highest level since 2008. This is due to the disruption of the global energy market.

According to AAA, the average price of a gallon of gasoline hit $4.009 on Sunday, representing a 57-cent rise from a month earlier. (Within the context of inflation, it would be the equivalent of $5.25 a gallon today.) the all-time high for gasoline prices occurred in July 2008, when the average price reached $4.114 a gallon.

Due in part to Russia's increasingly violent war against Ukraine, which has forced more than a million people to flee their homes, there has been intense volatility in the energy markets, which has been exacerbated by the fact that Russia supplies 10% of world oil and more than a third of natural gas consumed in the European Union.

Even crude oil supplies at a substantial discount have not convinced certain refineries and dealers to continue purchasing crude oil from the nation. As a result of their concerns about falling foul of sanctions by doing business with Russia, refiners, shippers, insurers, and banks are scaling down their operations. Ukraine's authorities have called on other nations to discontinue their purchases of Russian oil, and lawmakers in the United States have started to support this position.

Oil prices jumped by 7 percent to $118 a barrel on Friday, according to Brent oil, the worldwide benchmark for petroleum. Early in December, the price of a barrel of oil was around $65 per barrel.

Gas prices had already begun to rise before the pandemic, partly due to variations in supply and demand, and they continued to rise throughout the epidemic. Gas costs are at an all-time high, contributing to inflation, which hit a 40-year high in January. People have been forced to rejig their family budgets as a result of the higher costs, sometimes by foregoing leisure activities and in other instances by cutting down on spending on necessities.