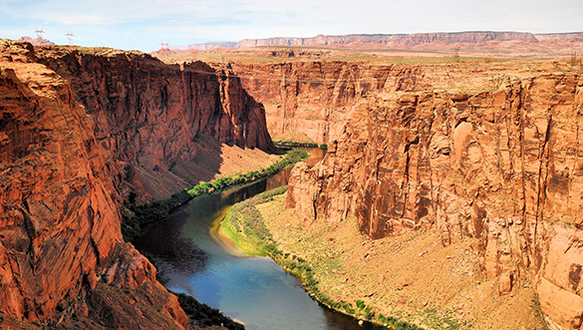 For years, the United States Chamber of Commerce has been under criticism for its attacks on Republicans. These attacks have exposed major divisions between the two groups, previously closely connected for decades.

A few years after the two collaborated on the 2017 tax deal, which resulted in substantial corporate tax cuts, lobbying efforts by some of the country's most prominent business groups are being ignored by House Republicans.

According to The Hill, even though every major business organization in Washington, DC has encouraged House Republicans to support the Senate-passed $1 trillion bipartisan infrastructure package, just a handful of Republican legislators have shown a readiness to vote for the bill.

Since then, the has been under fire due to public assaults from House Minority Leader Kevin McCarthy (R-CA) and other Republicans, exposing significant differences between the two organizations that had previously been tightly linked for decades.

Following criticism from the Chamber's senior lobbyist, House Republican leaders removed the Chamber from their coalition calls earlier this week.

The Chamber accused them of whipping votes against the infrastructure bill.

House Republican leaders are at odds with every major business group, including the Business Roundtable and the National Association of Manufacturers, in opposition to the infrastructure proposal.

Their displeasure with the Chamber, on the other hand, is a matter of personal preference.

Republicans were outraged when the Chamber of Commerce, a conservative organization that has often allied with the GOP, endorsed almost two dozen Democratic House candidates in September 2020.

"I had no idea the Chamber was still around," McCarthy chuckled.

According to three Republican lobbyists on K Street, many corporate clients are worried by McCarthy's recent comments. They are considering canceling their Chamber of Commerce membership.

According to Sam Geduldig, a lobbyist with extensive ties to House Republicans who previously served as a senior aide to former Speaker John Boehner, it is "on display" that the Chamber of Commerce has no influence (R-OH).

The Chamber has put considerable pressure on Congress to reject Democrats' $3.5 trillion reconciliation proposal, which is funded by tax increases on corporations and the wealthy, which Republicans also oppose.

The business group is targeting some of the Democrats who backed the reconciliation proposal in the 2020 elections with a series of ads urging members of Congress to reject it.

According to Neil Bradley, executive vice president, and senior policy officer of the Chamber of Commerce, who talked to reporters last week, a substantial number of House Republicans would support the infrastructure proposal if Republican leadership's remarks were not made.

The Chamber and other business groups claimed that if the bill were signed into law, they would have greater power to oppose the Democrats' reconciliation plan.  They were a success.

The Republican leadership in the House disagreed, claiming that by supporting the infrastructure package, they would be allowing Democrats to proceed with the reconciliation legislation.

The House of Representatives reiterated its support for the infrastructure package this week while noting that Democratic leaders have guaranteed that the two measures are linked.

"While the Chamber thinks that passing infrastructure as a stand-alone bill before to consideration of the reconciliation package would have improved our position," Bradley said in a letter to members on Monday, "that is no longer a realistic option."

The all-out push by business groups to raise the federal debt ceiling has also failed to convince House Republicans, who voted nearly unanimously last week against Democrats' proposal to suspend the debt limit.

Despite this, the groups continue to wield power, as evidenced by Senate Minority Leader Mitch McConnell (R-KY), who floated a deal to temporarily raise the debt ceiling on Wednesday, following a White House meeting with corporate executives who warned of dire economic consequences if the US defaulted on its debt obligations.

The Chamber of Commerce has long been one of Capitol Hill's most influential groups, regularly ranking top among lobbying spenders.

The business group spent $29.6 million in the first six months of the year to send 125 lobbyists to Capitol Hill to fight for its clients, according to OpenSecrets.

Every year, it also spends millions of dollars on advertising, mostly in favor of Republican presidential candidates.

During the previous Congress, Republican members of Congress started to distance themselves from the Chamber of Commerce when the business organization revised its scorecard to promote cooperation, resulting in high ratings for moderate and swing-district Democratic members of Congress.

Rep. Kevin Brady (R-TX), the ranking member on the House Ways and Means Committee who played a crucial role in crafting the 2017 corporate tax cuts, finished the previous Congress with a lower Chamber voting score than multiple House Democrats, among other things, is frequently cited as an example of how the organization has lost its way.

Other business interest groups have not received the same degree of criticism.

Republicans have decried the increasing convergence between corporate America and Democrats on immigration, voting rights, LGBT rights, and racial justice, both privately and publicly.

Due to growing activism from shareholders, customers, and even their staff, corporations are being more engaged in social issues.

Republicans have rebuilt themselves in the image of former President Trump, moving away from corporate America and closer to the new Republican base in the process.

While Republican lawmakers continue to agree with large companies on issues like lower taxes and fewer regulations, business lobbyists are worried about how much influence they would have in a Republican-led Congress starting in 2023.

"The Republican Party has redefined itself on the fly here during the last five years, and it no longer shares as much common ground with the business community as it once did," says Doug Pinkham, chairman of the Public Affairs Council.

Senator Rick Scott (R-FL), chairman of the Senate Republican campaign arm, has promised a "day of reckoning" for large corporations that boycotted Georgia because of the state Republicans' restrictive voting law, implying that a Republican-controlled Congress would end "corporate welfare" as a result of the boycott.

McCarthy voiced his unhappiness with big companies' decision to cease PAC donations to the 147 Republicans, including McCarthy and Scalise, who expressed discontent with the 2020 Electoral College result in a meeting with corporate lobbyists.

U.S. Chamber of Commerce CEO on push for infrastructure legislation