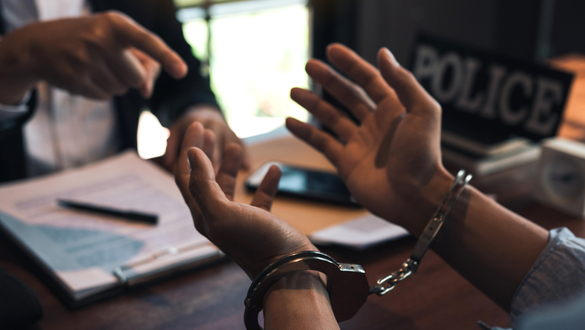 We at Wall Street Rebel warned that President Trump, his sons, Rudy Giuliani, and others in his sycophantic circle could face murder charges. Just two days later, the reality that the three Trumps and their insurrectionist rabble could face the rest of their life's in prison is starting to sink in.

While Fox News Brian Kilmeade and his pals who participate as a round-robin host discussion on Fox and Friends call themselves "reporters" and "journalists," the truth is they are nothing more than propagandists.

This morning Brian Kilmeade complained to co-host Steve Doocy after the latter speculated that President Donald J. Trump could face "murder charges" after leaving office. This is because of the police officer who died due to being hit over the head with a fire extinguisher during the January 6, 2021 "Save America" insurrection by a Trump supporter. In addition, the five other deaths may harbor a similar risk.

According to House Minority Leader Kevin McCarthy, Brian Kilmeade acknowledged that Trump has admitted that some of his actions "played a role" in the failed coup attempt. However, Trump has already done a 180-degree turn on that and insisted this morning he's not responsible at all for the insurrection.

This may be why Kilmeade co-host Doocy made known Trump's attorneys are warning them not to pardon himself because he could face civil lawsuits from the deceased's families. This, of course, is a valid fear, and in civil actions, it just takes a preponderance of the evidence, not evidence beyond a reasonable doubt. Doocy said…

"Given the fact that there were people who were killed last week in Washington, DC, there's a possibility that -- this is from [White House counsel] Pat Cipollone -- the president could face legal jeopardy,"

"And apparently, reportedly, he said, 'Mr. President, think O. J. -- O. J. was essentially found not guilty of murdering his ex-wife but later faced stiff civil penalties when his ex-wife's family sued him for her death."

"Ultimately, could those families of people who died in the looting and the rioting -- rioting according to the police there -- could they possibly sue the president?"

Doocy then followed up with another hypothetical question…

"Could the president actually face murder charges? I heard that being talked about."

At that point, Kilmeade chimed in to object.

Why Arrest Warrants Should Issue for Trump, Don Jr., Rudy & Others