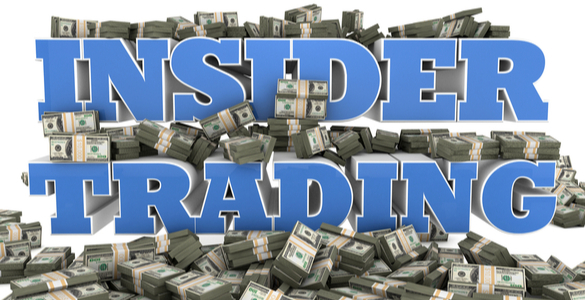 Insider Trading is a crime and punishable with a prison sentence.  Martha Stewart went to prison for using insider information back in 2004 to prevent taking a financial loss. Chris Collins, a New York U.S. Congressman, did the same thing and is he’s serving 26 months.

If you have taken a beating in the stock market during the past 30 days, you most likely didn’t have the insider information that four GOP U.S. Senators Richard Burr (R-NC), Kelly Loeffler (R-GA), Ron Johnson (R-WI) and Jim Inhofe (R-OK) allegedly had.

The four Senators serve on the United States Senate Intelligence Committee.   During Coronavirus briefings, they were briefed to the magnitude posed by the virus and the rising threat of a 2020 pandemic.

Instead of making sure President Trump was taking the matter seriously, they instead allegedly dumped millions of dollars of stock holdings collectively to prevent their taking personal financial losses in the stock market. It was an outrageous ethical lapse of ethics and is illegal.

It’s no longer legal for a Senator to use insider information obtained on the job thanks to Barrack Obama signing a 2012 bill introduced by Senator Joe Lieberman (I-CT), on January 26, 2012, and passed in the Senate by a 96–3 vote.

This means the 93 out of 99 Senators realized using insider information is not only unethical and a crime. GOP and Dem Senators joined together and agreed on the conduct allegedly conducted by the Corona 4 is a crime.

Committing crimes like losing elections have consequences. All four must resign or face investigation and prosecution. Two of the Corona 4 is not up for re-election, which means their seats will be in the mix in 2020 if they resign their office.

In North Carolina, the Democrat governor is required to appoint a Republican to replace a Republican. He can appoint a never Trumper, or a loony tunes Trumper that will further embarrass the grand old party.

In Wisconsin Johnson’s seat, if he resigns would wind up on the 2020 general election ballot. Biden will barnstorm Wisconsin by TV interview over and over.

In Georgia, there are already two U.S. Senate seats on the ballot in November. One Senator is retiring and has already been replaced by Senator Loeffler. If she has a scandal to fend off, Stacy Abrams may wind up on the ballot as Joe Biden’s running mate as a way of putting both Senate seats in play. The chances of the Senate flipping to the Democrat control could have just dramatically shifted in their favor if this alleged criminal activity turns out to be true.

Sen. Kelly Loeffler has already complicated her re-election by minimizing the coronavirus epidemic. Her allegedly dumping shares at the same time telling her constituents…  “Democrats have dangerously and intentionally misled the American people on #Coronavirus readiness” is likely to make it much harder for her to win the Senate seat she was appointed to by Georgia’s Republican Governor. 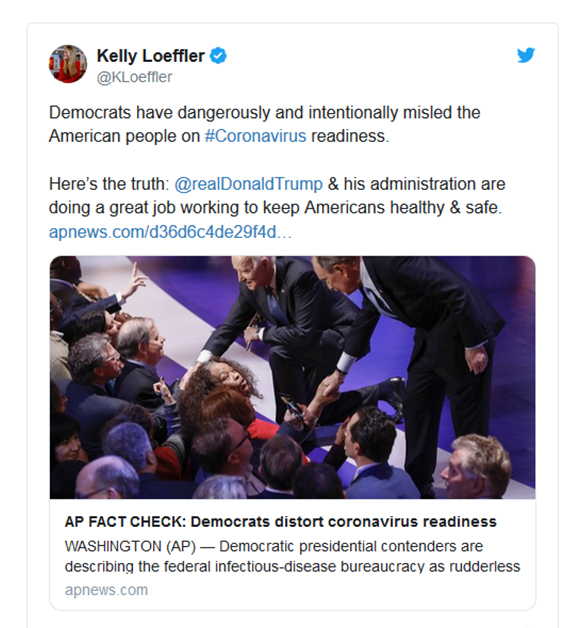