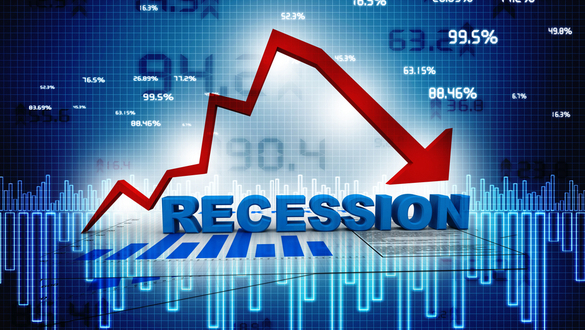 An inversion of the bond market's yield curve has proceeded every U.S. recession for the past half-century. It is happening again. Policymakers pay great attention to even the smallest shifts in the shape of the curve that can send markets into freefall.

The most notable forecast recession predictor on Wall Street is currently sounding its loudest warning in the past twenty years, raising investors' concerns that the United States economy is going toward a slowdown.

Because bond investors expect a higher return for keeping their money stagnant for a longer period of time, interest rates on short-term bonds are typically lower than those on longer-term bonds. When the various bond yields are plotted on a graph, they produce an upward sloping line known as the curve.

But once in a while, short-term interest rates go up so much that they are higher than long-term ones. Due to this unfavorable relationship, the curve becomes an "inversion," which means that the normal market conditions for the most important government bonds in the world have been changed.

Because an inversion has proceeded every recession in the United States over the past half-century, it is regarded as a portent of impending economic disaster. This is currently taking place.

The yield curve used to be just a strange graph used only by academics and policymakers. It has, however, recently evolved into a technique for foretelling imminent economic downturns. The curve has correctly predicted each economic slump over the past 50 years. The dot-com bubble in 2001 and the Great Recession in 2007 are two examples of somewhat unexpected downturns that the curve successfully predicted.

Consequently, the announcement of a yield curve inversion can now cause markets to plunge. Even minute shifts in the curve's make-up are closely monitored by those responsible for formulating policy.

The Federal Reserve's slogan regarding inflation during that time was that it would be temporary, which meant that the central bank did not believe there was a need to raise interest rates quickly. Consequently, the yields on shorter-term Treasury securities have remained low.

The Federal Reserve has grown more anxious over the past nine months that inflation won't go away on its own. It has therefore acted to combat rapidly increasing prices by sharply raising interest rates. The Federal Reserve's plans to hike interest rates once again the next week have directly affected the yields on short-term Treasuries, such as the two-year note. The Fed's policy rate will have risen by that point by around 2.5 percentage points since it was close to zero in March.

Investors, on the other hand, are growing more worried that the central bank may overreact and cause the economy to slow down so much that it triggers a severe recession. Longer-dated Treasury yields, such as the 10-year, which provides more insight into the growth prospects of investors, is dropping and reflects this worry. As an illustration, the 10-year yield has decreased recently.

The ability to foresee the future is what makes the yield curve unique, and the signal of an impending recession that it is delivering right now is greater than it has been since late 2000. At that time, the bubble in technology stocks had begun to implode, and a recession was only a few months away.

The beginning of that recession was in March of 2001, and it lasted for approximately eight months. The yield curve had already returned to normal by the time it started because authorities had already begun to decrease interest rates to bring the economy back to health before it started.

When the yield curve inverted initially in late 2005 and remained in that state until the middle of 2007, it clearly indicated the impending global financial crisis that started in December 2007.

As a result of this track record, investors across the various financial markets have noticed that the yield curve has inverted once again.

One of the people who helped pioneer research into the forecasting capacity of the yield curve is a member of this group.

Campbell Harvey, now an economics professor at Duke University, recalls that in 1982, while he was working as a summer intern at the now-defunct Canadian mining company Falconbridge, he was tasked with developing a model that could forecast the growth of the United States.

Mr. Harvey attempted to use the yield curve, but by this time, the United States had been in a recession for close to a year, and he was soon fired as a direct result of the state of the economy.

It wasn't until the middle of the 1980s that he finished his research showing that an inversion of the three-month and 10-year yields preceded recessions that began in 1969, 1973, 1980, and 1981. At the time, he was a Ph.D. candidate at the University of Chicago. His findings were published in the journal Economic Inquiry.

Different methods of calculating the yield curve generally trend in the same direction, indicating that economic expansion is picking up speed, according to most market observers.

According to this measure, the yield curve has not yet inverted, but the difference between the yields of different maturities has been shrinking quickly in recent months as fears of an economic slowdown have grown. Yields on 10-year notes are still higher than yields on 3-month notes. On Wednesday, the difference between the two yields hit a new all-time low. It went from being over two percentage points in May to about 0.5 percentage points, which is a new record low. It hasn't been this low since the recession caused by the pandemic in 2020.

The attention placed on the yield curve as a common recession signal, according to the arguments of some analysts and investors may be excessive.

The yield curve is often criticized because it does not tell us very much about when a recession will begin; all it tells us is that there will probably be one. According to data provided by Deutsche Bank, the typical amount of time that passes before an economy enters a recession after yields on two-year bonds increase beyond yields on 10-year bonds is 19 months. The range, however, is anywhere from three weeks to two years.

Since the financial crisis of 2008, when the model was most recently in vogue, the economy and financial markets have also undergone significant changes. Some financial commentators contend that the Federal Reserve's frequent purchases of mortgage and Treasury bonds can skew the yield curve because the Fed's balance sheet has swelled due to the continuous purchases of these types of assets.

Mr. Harvey acknowledges and agrees with both of these statements. A yield curve is a straightforward approach to anticipating the path of future growth in the United States and the likelihood of a recession occurring. It has been demonstrated to be trustworthy, although it is not without flaws.