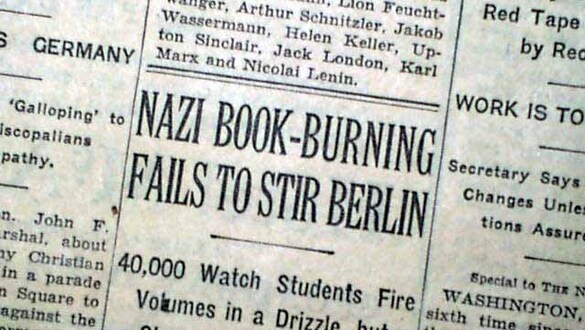 Several of the textbooks banded by the DeSantis Administration included social-emotional learning content, an approach based on psychological research that tries to aid students in building mindsets that can improve academic achievement.

GOP - Emotional learning has come under fire as Republican Party activists have been increasingly focused on progressive education's excesses.

The Florida Department of Education revealed that the state had rejected more than 50 math textbooks from the upcoming school year's curriculum, citing critical race theory as one of the reasons for the rejections.

When the Florida Department of Education rejected hundreds of math textbooks this week, the main question was, "For what other reason other than they didn't support your personal bias of ethnic culture?"

The department stated that several books "included banned concepts" like social-emotional learning or critical race theory. Still, it has only given four particular textbook pages containing the content it objects to.

The New York Times analyzed 21 of the rejected books and determined what caused the state to reject them by using online sample materials given by publishers to Florida school districts. Because Florida has provided so few specifics regarding its textbook review process, it is unclear whether these instances were the reason for the rejections. However, they demonstrate how these concepts exist — and do not appear — in educational materials.

Most of the texts didn't even mention race, let alone an academic framework like critical race theory.

However, several of the textbooks featured social-emotional learning material, a strategy rooted in psychological research that aims to assist students in developing mindsets that can enhance academic performance.

Until recently, the concept of developing social-emotional abilities in an American school was relatively uncontroversial. According to research, kids who possess these abilities do better on standardized tests.

However, right-wing campaigners such as Chris Rufo, a senior fellow at the Manhattan Institute, have attempted to link social-emotional learning to the larger debate over teaching race, gender, and sexuality in schools.

Mr. Rufo noted in an email interview in March that while social-emotional learning seems "good and uncontroversial" in principle, "in reality, SEL acts as a delivery vehicle for radical pedagogies such as critical race theory and gender deconstructionism."

"The objective of SEL," he added, "is to soften youngsters emotionally, construe their conventional conduct as evidence of repression,' 'whiteness,' or 'internalized racism,' and then rewire their behavior to the demands of left-wing ideology."

Mr. Rufo also expressed worry that social-emotional learning necessitates instructors "acting as psychologists, which they are not trained to do."

Florida Gov. Ron DeSantis has spoken more broadly about social-emotional development as a distraction from arithmetic.

"Mathematics is about achieving the proper solution," he stated at a news conference on Monday, adding, "It's not about how you feel about the problem."

Stephanie M. Jones, a developmental psychologist at the Harvard Graduate School of Education and a specialist in social-emotional learning, disagreed.

Many of the rejected textbooks do encourage pupils to think about their emotions. Students are invited to write a "math biography" at the start of the school year in a McGraw Hill fifth-grade book, shown below, commenting on their views about the subject and how they expect math abilities to help them enjoy hobbies or achieve objectives.

Some McGraw Hill pages have social-emotional cues that have nothing to do with the arithmetic problems, such as this example from a fifth-grade book below. Students are asked, "How can you comprehend your feelings?" beneath a typical arithmetic assignment.

Some ideas associated with social-emotional learning have infiltrated popular culture and the corporate sector. The concept of a "growth mindset," established by Carol Dweck of Stanford, and the closely related idea of "grit," developed by Angela Duckworth of the University of Pennsylvania, is widespread.

At times, these theories have received more criticism from the left than from the right. Some educators were concerned that the field of social-emotional learning celebrated behaviors associated with white, upper-middle-class culture while paying too little attention to the kind of grit required to grow up in poverty or to overcome barriers of race, language, and class that can make it more difficult for many students to persevere academically.

On the other hand, Conservative education professionals have praised initiatives to teach "character," a term that has substantial overlap with social-emotional development.

Character values such as persistence and collaboration are frequently included in the textbooks that Florida rejected. A first-grade textbook published by Savvas Learning Company, previously Pearson K12 Learning, emphasizes the significance of "effortful learning," "learning together," and having a "development mindset." Cartoon children appear at the edges of pages throughout the book to remind pupils of these concepts:

These ideas are also used in high school textbooks. A rejected geometry textbook from the publisher Study Edge, seen below, asks students to score their willingness to "attempt new things" in arithmetic or "persevere when something is difficult" on a scale of 1 to 4.

Social-emotional learning has come under assault in the last year as Republican Party activists have been increasingly focused on what they see as the excesses of progressive education.

The Florida Department of Education issued a message to math textbook publishers in June 2021, asking them not to incorporate "social-emotional development and culturally responsive instruction" in their products.

Professor Dohrer stated that, despite its relevance, social-emotional learning had been entangled in a dispute over critical race theory, which is usually not taught in K-12 schools but has become a source of concern among those opposed to teaching a more critical history of race in America.

"SEL has no link to critical racial theory," he says, "but it is being related at local school board levels, local communities, and national discussion."

There are limited references to race in these math textbooks, while publishers frequently take care to incorporate word problems with ethnically varied names and items such as empanadas. However, the following rejected McGraw Hill pre-algebra textbook does feature mini-biographies of mathematicians throughout history, practically all of them were women or persons of color:

According to Florida state law, the publishers have 21 days to appeal the rulings. Savvas stated in a statement that it will "work with the Florida Department of Education to fix any apparent concerns" and that it was customary for publishers to alter materials to satisfy state standards. Other firms stated that they would not respond until they had reviewed why their books were rejected.