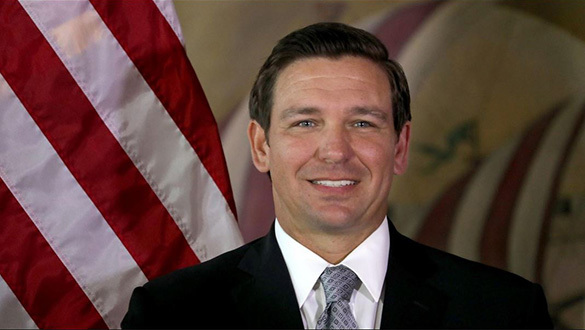 According to the latest Quinnipiac University poll, only 33% of Floridians think that Governor Ron DeSantis' anti-mask, anti-vaccine mandates have anything to do with personal freedom.

Florida's schools have re-opened just as the state is dealing with an immense surge in COVID-19 cases. Hospitals around the 'sunshine state' are already filled to capacity, and the number of children hospitalized with the virus is shattering all previous records.

The number of kids being infected around the United States is also growing so fast that the entire Republican Party may be labeled a death cult that murders children when the 2022 election approaches. The United States is suffering from an exponential growth in cases among children, reaching levels unseen since last winter's surge.

According to the American Academy of Pediatrics and the Children's Hospital Association, in the week ending August 19, 2021, more than 180,000 cases of children with Covid-- up from around 38,000 cases a week towards the end of July. With schools opening across the country with the Delta variant raging as winter approaches, health officials are concerned it could worsen.

On Monday, the U.S. Food and Drug Administration (FDA) gave full approval to Pfizer's vaccine for people aged 16 and older. Approval for youths aged 12 to 15 are expected to follow soon, but that may not be enough to stem the tide since over 37% of Republicans and 18% of Independents say they will never allow themselves to be vaccinated. Desantis won the state of Florida in 2018 by less than 23,000 votes. Given the lopsided