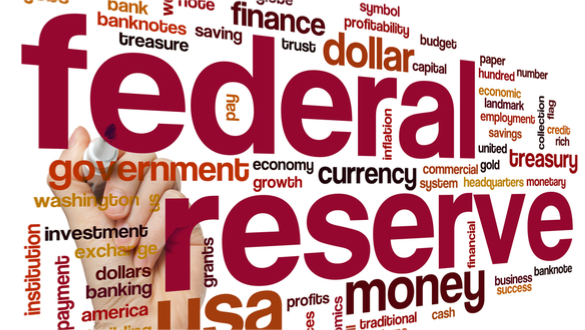 All this sunshine and yet the Federal Reserve is warning potential threats that could trigger a “particularly large” drop in stock prices.

On the same day the Dow Jones soared over 600 points as a result of Federal Reserve Chairman Powell’s comments indicated that interest rates may remain steady for the time being. The Federal Reserve also released its first-ever financial stability report that pointed to several risks that could impact the stability of world’s equity markets, despite a strong U.S. economy.

The ongoing trade war, rising geopolitical uncertainty, rising corporate debt and a growing number of companies around the world now situated with weak balance sheets all add up to potential threats that could trigger a “particularly large” drop in stock prices.

“An escalation in trade tensions, geopolitical uncertainty, or other adverse shocks could lead to a decline in investor appetite for risks in general,”

“The resulting drop in asset prices might be particularly large, given that valuations appear elevated relative to historical levels.”

The Fed in its financial stability report warned if asset prices plunge, it could make it much harder for businesses to obtain funding. On the bright side the Fed excluded the Banking sector, because it is especially “resilient,” because of high levels of capital and liquidity. Something the industry has strived to attain in the wake of the 2008-2009 financial crisis.