Federal Reserve Board Warns Wuhan Virus is a ‘New Risk’ to U.S. Economy 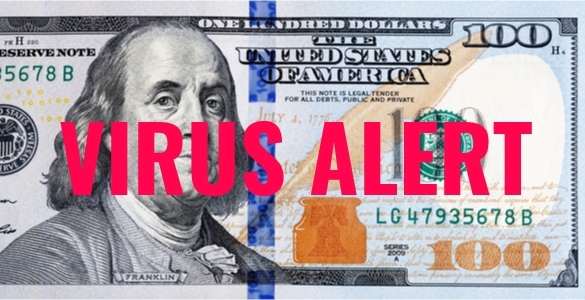 After White House economic adviser Larry Kudlow said that the Trump administration does not expect the Coronavirus in China will have a major effect on the U.S. economy, the Federal Reserve Board came out and warned the Wuhan Coronavirus outbreak could hurt both the U.S. Economy and could cause disruptions in global markets.

Once again, the Trump Administration is contending with the independence and fact-based nature of the Federal Reserve. Just hours after Larry Kudlow, the National Economic Council Director told reporters…

“There’s a lot of variables involved and things we don’t know. Internally we have looked at a drop in GDP of perhaps two-tenths of 1% — that’s all we found so far. Again, based on the past and based on what we’re seeing.”

The Federal Reserve issued its semi-annual report ahead of Jerome Hayden Powell, Chair of the Federal Reserve will give testimony to Congress next week that says the Coronavirus may lead to disruption, spilling into the global economy…

“Because of the size of the Chinese economy, significant distress in China could spill over to U.S. and global markets through retrenchment of risk appetite, U.S. dollar appreciation, and declines in trade and commodity prices…The effects of the Coronavirus in China have presented a new risk to the outlook.”

The Coronavirus outbreak in China may, by some estimates, have infected 150,000 – 300,000 despite the official reports putting the official number today at 34,958, including 724 fatalities and 6,106 people in critical condition Friday morning. Many economists are starting to revise their first-quarter U.S. growth estimates because of the growing risk to China’s economy due to the Coronavirus outbreak.

Chairman Jerome Powell appears before the House Financial Services Committee on February 11 and the Senate banking panel the next day. He will begin with a statement on the U.S. and global economy and U.S. monetary policy. He’ll then answer questions posed by the lawmakers of those two committees.

A special section on financial stability was more descriptive than the previous report on possible points of stress in some areas. The Fed’s semi-annual report says that low-interest rates had elevated asset valuations creates increased risks in the corporate debt markets.

“The concentration of investment-grade debt at the lower end of the investment-grade spectrum creates the risk that adverse developments, such as deterioration in economic activity, could lead to a sizable volume of bond downgrades to speculative-grade ratings,”

The Fed semi-annual report goes on to caution…

“…highlighted the possibility for frictions in repo markets to spill over to other markets.”

The Federal Reserve kept its benchmark interest rate unchanged at their meeting last month after cutting three times in 2019. Forecasts released in December show that most of them expect to stay on hold through 2020, keeping the Fed on the sidelines during a U.S. presidential election year.

Powell told reporters on January 29th that monetary policy is “well-positioned” to support growth, labor markets and a return of inflation to the Fed’s 2% target.

One bright spot for the U.S. economy came from the U.S. Labor Department data released Friday morning, showing the U.S. jobs market continues to remain healthy. Payrolls came in at better than expected at 225,000 new jobs and average hourly earnings climbed 3.1% by comparison to last year at this time.

Manufacturing is Slowing Down

The Federal Reserve’s report, however, revealed that the slowdown of manufacturing in the U.S. in 2019 occurred. The Fed attributes the decline to a myriad of challenges, including international trade tensions, weak global growth, softer business investment, lower oil prices affecting drillers and the slowdown in production of Boeing Company’s 737 Max airliners.

The 2019 decline in manufacturing accounted for only 0.15% drop in the gross domestic product, the Federal Reserve’s econometricians estimated in the report that the drop in the domestic product was 0.5% because of the added impact on purchased inputs and downstream business activities, like transport and marketing.

This poor performance and lack of manufacturing growth in 2019 continue a long-run deterioration of manufacturing in the U.S. as a share of employment and GDP that goes back more than half a century. Despite President Trump’s claims of the “best U.S. economy ever,” factory output has grown just 0.5% a year since 2001.  The truth about U.S. manufacturing is going to be a big issue in this year’s general election. Who will win the election and control of House, Senate and White House will largely depend on rust belt states like Wisconsin, Michigan, Ohio and Pennsylvania decline in manufacturing could cripple President Trump’s chances of re-election and result in the Republican party holding the U.S. Senate in November.