Federal Judge Rules House Committee Can Have His Tax Records 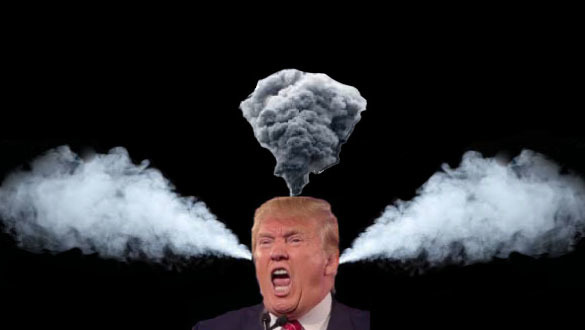 After a Trump-appointed federal judge ruled, the House Ways and Means chairman will argue in November whether the Treasury Department must give over Trump's tax returns. Another Federal Judge has ruled the committee can obtain limited records from his accounting firm.

Former President Trump may have breathed a sigh of relief too soon following Judge Trevor McFadden's decision to put off a hearing on whether the Treasury will have to comply and turn over Trump's tax returns till after a November hearing on the matter.

U.S. District Judge Amit P. Mehta was appointed to the federal district court in Washington by former President Obama; issued a ruling today (one day after Judge Trevor McFadden decides to delay the decision) in the ongoing court battle, a separate lawsuit, between Mazars USA, Trump's accountants, and the House Committee on Oversight and Reform.

He ordered Trump's accounting company, Mazars, to turn over two years' worth of tax and financial documents.

Trump's personal financial records were sought by the House Oversight and Reform Committee. Still, Mehta ruled that the lawmakers' rationale for strengthening presidential disclosure laws does not justify the constitutional concerns raised by the subpoena.

CNN host John King described Meta's Wednesday decision in the Mazars USA case as "a big deal" and "an important court ruling that opens a big door for Democrats."

"The way that it breaks down is that the House Oversight Committee, according to the judge, will be able to have access to documents relating to the Trump Washington D.C. hotel. That's because they have oversight of the GSA, which has entered into this lease. Documents related to the Trump organization, to the president, all related to that D.C. hotel will have to be turned over."

"In addition, the accounting firm will also have to turn over information that fits under the umbrella of emoluments. The judge says that pertains to certain documents involving the years 2017 and 2018, but where the House committee lost on this ruling is that the judge is saying that they cannot have access to records that pertain to the period before Donald Trump took office. So, a split ruling, but certainly the big issue here is that Donald Trump hasn't wanted any of these records to be turned over, and now this judge is saying that they will."

Both King and CNN reporter Kara Scannell agreed that Trump would likely appeal this latest court defeat, so there still may be a delay in the turnover of the tax information from the Mazers USA to the House Ways and Means Committee. So Trump's delaying tactics may still work for a few months.

New York State, it should be pointed out already has Trump's Federal Tax records…