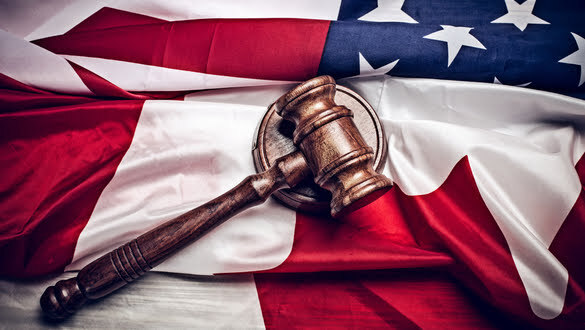 Calling the election-fraud lawsuit filed by two lawyers on behalf of President Trump both "fantastical" and "The stuff of which insurrections are made" then handed them a potentially whopping legal bill to cover all the costs incurred by the defendants named.

On Wednesday, U.S. Magistrate Judge N. Reid Neureiter was irate in his criticism outlined in a blistering 68-page opinion. He sanctioned two Colorado attorneys for filing a "fantastical" lawsuit alleging the 2020 election was stolen from former president Donald Trump.

Judge Neureiter referred to the "bad-faith" lawsuit as "one enormous conspiracy theory," Neureiter said the attorneys made little effort to substantiate their wild allegations — including a tweet from the former president claiming Dominion "deleted 2.7 million Trump votes nationwide," which the judge called "highly disputed and inflammatory."

Neureiter went on to write in his decision…

"In short, this was no slip-and-fall at the local grocery store."

"Albeit disorganized and fantastical, the Complaint's allegations are extraordinarily serious and, if accepted as true by large numbers of people, is the stuff of which violent insurrections are made."

Suppose Judge Neureiter's decision is indicative of how other Federal Judges are currently handling similar fantastical election fraud cases brought by Trump lawyers; in that case, Trump attorney's beware, "Lady Justice is Not Blind" after all.

Trump's attorney, Rudy Giuliani, has already had his license to practice law suspended in New York in June and Washington D.C in July. A judge in Michigan is considering sanctions against "Kraken" lawyers Sidney Powell and Lin Wood. Legal experts expect Powell and Wood to both get stuck with a huge bill and possibly disbarment.