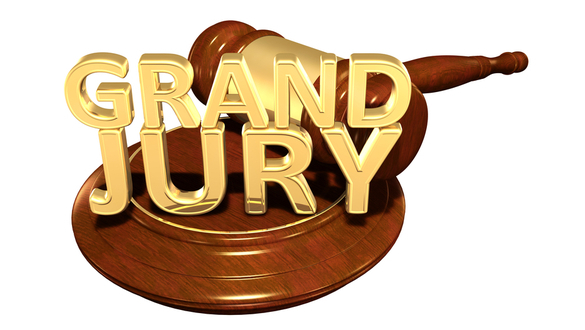 A federal judge rejected President Trump’s attempt to block the release of 8 years of his tax returns from a New York state criminal grand jury probe, saying this morning that he could not grant such a “categorical and limitless assertion of presidential immunity.”

While most of the world is focused on the possible impeachment, conviction, and removal from office of President Trump, a disastrous Federal court ruling may have put the president in position to be indicted by a Manhattan, New York Criminal Grand Jury.

The President’s possible indictment should come to no surprise to anyone paying attention. The President remains an unindicted co-conspirator in a criminal election finance case that alleges that he bribed two women through his personal lawyer Michael Cohen who is serving 3 years for in federal prison. The President has not been indicted for his part in the crimes because of a Department of Justice policy from 1973 that argues a sitting POTUS cannot be indicted and tried for crimes.

However, to be clear, there is no protection for any President in the U.S. Constitution that prevents him or her from being investigated, being indicted, or even convicted of one or more crimes. Besides, the U.S. Justice Department has no legal force of power in New York State.

The Justice Department memo written in 1973 Robert G. Dixon Jr., then the head of the Justice Department’s Office of Legal Counsel that asserts that a sitting president is immune for a while in office from indictment citing the Constitution’s “structural principles” is considered by many constitutional scholars as absolutely in violation of the U.S. Constitution.

The argument Dixon made boils down to practicalities of governance: The stigma of being indicted and the burden of a trial would unduly interfere with a president’s ability to carry out his duties, preventing the executive branch “from accomplishing its constitutional functions” in a way that cannot “be justified by an overriding need,” according to Mr. Dixon. However, Dixon could cite no passage in the U.S. Constitution that specifically puts any President above the law, and not subject to investigation or indictment.

In October 1973, Mr. Nixon’s solicitor general, Robert H. Bork, submitted a court brief that similarly argued for an “inference” that the Constitution makes sitting presidents immune from indictment and trial.  Twenty-Seven years later, Randolph D. Moss, the head of the Office of Legal Counsel under Mr. Clinton, reviewed the Justice Department’s 1973 opinions and reaffirmed their conclusion.

However a 56-page memo uncovered in 2017 from Kenneth W. Starr’s independent counsel investigation into President Bill Clinton that was found in the National Archives obtained by The New York Times under the Freedom of Information Act, amounts to the most thorough government-commissioned analysis rejecting a generally held view that presidents are immune from prosecution while in office…

“It is proper, constitutional, and legal for a federal grand jury to indict a sitting president for serious criminal acts that are not part of, and are contrary to, the president’s official duties,” the Starr office memo concludes. “In this country, no one, even President Clinton, is above the law.”

Mr. Starr assigned Ronald Rotunda, a prominent conservative professor of constitutional law and ethics whom Mr. Starr hired as a consultant on his legal team, to write the memo in spring 1998 after deputies advised him that they had gathered enough evidence to ask a grand jury to indict Mr. Clinton, the memo shows.

Other prosecutors working for Mr. Starr developed a draft indictment of Mr. Clinton, which The NY Times has also requested to be made public. The National Archives has not processed that file to determine whether it is exempt from disclosure under grand-jury secrecy rules.

All of this is terrible news for President Trump, who is already an unindicted co-conspirator in a felony criminal conviction of his personal lawyer Michael Cohen who is now serving 3 years in prison. Added to this is a 220+ year legal principle that says…

The states will regulate and administer the criminal law, exclusively of Congress, so far as it regards mala in se, or real crimes; such as murder, robbery, &c. They will also have a certain and large part of the jurisdiction, with respect to mala prohibita, or matters which are forbidden from political considerations, though not in themselves immoral; such as unlicensed public houses, nuisances, and many other things of the like nature.

Judge Victor Marrero in his 75-page decision ordering President called Trump to turn over his tax returns to the Manhattan DA, Trump’s claim of a broad immunity “extraordinary.”

“As the court reads it, presidential immunity would stretch to cover every phase of criminal proceedings, including investigations, grand jury proceedings, and subpoenas, indictment, prosecution, arrest, trial, conviction, and incarceration,” Marrero wrote. “That constitutional protection presumably would encompass any conduct, at any time, in any forum, whether federal or state, and whether the President acted alone or in concert with other individuals.”

Judge Victor Marrero said he wrote in his decision …

“cannot endorse such a categorical and limitless assertion of presidential immunity from judicial process as being countenanced by the nation’s constitutional plan, especially in the light of the fundamental concerns over excessive arrogation of power that animated the Constitution’s delicate structure and its calibrated balance of authority among the three branches of the national government, as well as between the federal and state authorities.”

The returns are being sought by Manhattan District Attorney Cyrus R. Vance Jr. His office is investigating the Trump Organization’s involvement in buying the silence of two women who claimed to have had affairs with the president. However, the tax returns after being examined can be used to prosecute President Trump, members of his family, and employees of his firm for any other crimes Cyrus R. Vance Jr. might uncover.

Last week, Justice Department lawyers who appear to be representing President Trump and not the American people since Attorney General Barr was confirmed by the Senate, urged Judge Marrero to delay deciding the issue.

The President’s lawyers and Justice Department noticed Judge Victor Marrero that President Trump will appeal his decision to the United States Court of Appeals 2nd Circuit and as a result, at least temporarily block the president's accounting firm from immediately having to hand over the requested tax returns.

"Whether or not the Court ultimately agrees with the President's constitutional challenge to the subpoena, he is entitled to appellate review before his papers are forcibly disclosed to a state grand jury,"

The 2nd Circuit's order said the stay granted "pending expedited review by a panel of the Court."

However, it is extremely unlikely that the United States Court of Appeals 2nd Circuit is going to overturn Judge Victor Marrero in as quickly as 3 weeks by denying Trump’s lawyers to even request to hear the case. If that happens President Trump can appeal to the U.S. Supreme Court who could decide to decline to accept the case, decided to send it back to the United States Court of Appeals for the Second Circuit to hear the case and rule or accept the case and by doing so give President Trump more time in preventing the NYC criminal grand jury from getting the 8 years of tax returns.

The big danger for Trump is that the Manhattan District Attorney Cyrus R. Vance Jr. gets the 8 years of tax returns and by doing so, paves the path to getting all the Deutsche Bank records using the same decision.  This could expose Trump’s tax records to close examination and comparison to bank loan and insurance documents that reveal much more criminal activity beyond his apparent campaign finance violations.