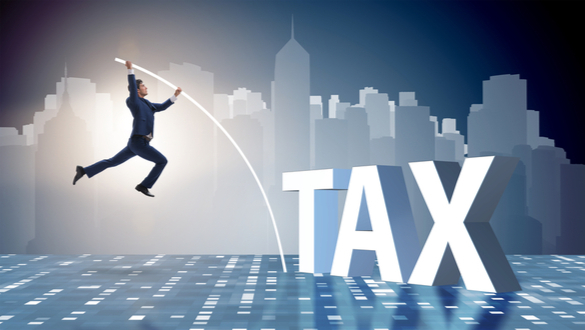 As President Trump was boarding Air Force One federal agents were raiding the office of an attorney who has handled the Trump organization’s taxes. The Chicago Sun-Times is reporting that “federal agents showed up unannounced at the City Hall office of Finance Committee Chairman Ed Burke, kicked everyone out and papered over the windows Thursday morning.”

While at this point there is no confirmation that the raid is connected to President Trump or his businesses, it hasn’t escaped anyone’s attention that raid came on the same morning Trump “fixer” Michael Cohen was in Federal Court in Washington D.C. pleading guilty to lying to Congress about Trump Tower Moscow.

Ed Burke runs a law firm, Klafter & Burke, which specializes in property tax appeals and according to the Chicago  Sun-Times, Burke has done extensive tax-related work for the Trump Organization for the past twelve years.

The Trump Organization and Burke had ended their business relationship in June of this year according to letters filed last month with the Cook County courts and the Illinois State Property Tax Appeal Board” in which he wrote that ‘irreconcilable differences’ have led his firm to stop representing Trump’s company.

According to the filings Burke had been representing the Trump Organization in five ongoing cases that seek refunds of millions of dollars in property taxes the president’s company has paid.”

Law enforcement officials have repeatedly declined to comment on the nature and purpose of the raid on Burke’s office. However, Wall Street Rebel ‘s tax experts pointed out that when the “Feds” resort to kicking in doors of a tax accountant, they believe the usual route of serving a subpoena will result in the destruction of documents, and/or there is a possibility to reason there is a high probability that there may be two sets of books.

President Trump and his organization have a long history of valuing its real estate properties at extremely low valuations for assessment of state and city property tax, while at the same time claiming the same properties were worth 100%, 200% even 300% more when borrowing money from banks – sometimes simultaneously.

The next two years are going to be a non-stop horror show because all of this potential exposure to state and federal crimes will come on top of live Congressional Hearings parading and exposing every illegality, abuse of power by Trump, his family, his businesses and his administration.