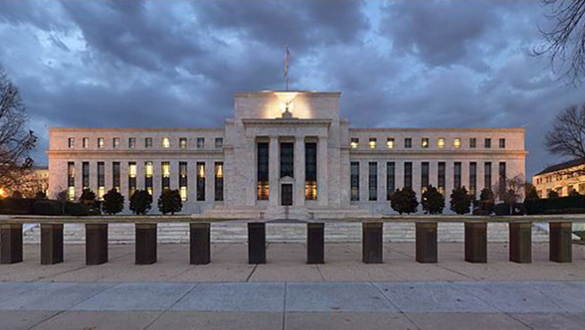 Fears of a slump have gripped Wall Street in recent weeks on the heels of worsening economic statistics, but there are also indicators of sustained economic resilience. The stronger than anticipated jobs growth news on Friday confirmed such beliefs.

The data will most likely convince central bankers to maintain their current course for a significant change in interest rates at their meeting in July.

According to data that was made public on Friday, employers added 372,000 workers in June, which was lower than the number of jobs created in May but higher than what experts had anticipated.

Economists who participated in a study conducted by Bloomberg had anticipated a more significant slowdown that would reach 5 percent.

Fed officials spent years leading up to the pandemic congratulating themselves on every strong wage number. However, recent pay gains, while insufficient to keep up with inflation, have been fast enough to make it difficult for rapid inflation to slow down toward the central bank's annual goal of 2 percent.

This is because when businesses have to pay more, they almost always try to make up the difference by increasing their pricing.

The most recent information on wages and employment will almost certainly lend credence to the Fed's assessment that the economy is doing well and that inflationary pressures are still present. This will ensure that the Fed stays on track to raise interest rates by 0.75 percentage points, also known as 75 basis points, in July.

In an effort to regain some semblance of price stability, policymakers at central banks are aggressively increasing interest rates.

According to Raphael Bostic, president of the Federal Reserve Bank of Atlanta, speaking in an interview with CNBC after the report was released, "the tremendous momentum in the economy suggests that we can move at 75 basis points at the next meeting and not see a lot of protracted damage to the broader economy."

As new statistics showed that inflation proved to be surprisingly swift and persistent, policymakers from the Federal Reserve initially hiked their policy rate by 0.75 percentage points in June. This was their greatest single rise since 1994.

In the past several days, numerous officials have shown their willingness to back a second relocation of a size comparable to the first.

Officials continue to have the goal of engineering what is commonly referred to as a "soft landing" for the economy. This refers to a scenario in which hiring and pay gains gradually slow down, which helps both consumer demand and rapid price increases to moderate but does not cause the economy to enter into a painful recession.

On the other hand, they have made it very apparent that they are prepared to cause economic suffering if doing so is required to drive the inflation rate down.

John C. Williams, president of the Federal Reserve Bank of New York, stated on Friday in Puerto Rico that "price stability is absolutely essential" for the economy to "achieve its potential and sustain maximum employment over the medium term." Williams made these remarks during a speech given in Puerto Rico. "I want to make this perfectly clear: this is not a simple endeavor. We need to be firm in our resolve and can't let ourselves down."

Wall Street is still anxious that the Federal Reserve's efforts to bring down inflation would lead to a recession in the United States.

The revelation of the employment data resulted in a decline in stock prices, most likely because investors took them as a signal that the Federal Reserve would maintain its aggressive campaign to restrict the economy as long as hiring and pay growth remained solid.

The wages of non-managers, which economists frequently monitor as a barometer of the underlying strength in the labor market, increased at a rapid rate of 6.4 percent compared to the same period one year prior, as the latest study demonstrated.

This rate is reducing somewhat, but it is still quite a bit faster than what is considered usual; if it continues, it might keep inflation at a significant level.

Jerome H. Powell, the head of the Federal Reserve, stated during a news conference in June that wages are not primarily responsible for the inflation that we are currently seeing; nonetheless, looking forward, they would be quite important, particularly in the service sector. Later, he elaborated, "If you don't have price stability, the economy is really not going to run the way it's meant to." People won't benefit from it because their incomes won't be enough to cover the costs.

The Fed monitors the Personal Consumption Expenditures index measure to understand underlying inflation trends. This index excluded food and energy prices and showed an increase of 4.7 percent from the beginning of the year through the end of May.

And among the primary inflation indicators, this one has the least significant impact. Prices increased by 8.6 percent from January to May, according to the Consumer Price Index. This increase was driven by significant increases in food and fuel prices; the June number, which is scheduled to be released the following week, may show an even larger increase.

The people who run the central banks are becoming increasingly concerned that the high inflation readings will cause consumers to have higher inflation expectations, making it more challenging to stop price increases.

When workers and businesses believe that prices will continue to rise rapidly year after year, they may change their behavior, making inflation a more permanent feature of the American economy.  These behaviors may include asking for larger wage increases and instituting more regular price increases.

On Wednesday, the minutes from the meeting of the committee that sets policy for the Federal Reserve that took place in June were made public. According to the minutes, many of the officials who attended the conference "judged that a significant risk now facing the committee was that elevated inflation could become entrenched if the public began to question the committee's resolve to adjust the policy stance as warranted."

Because of the recent increases in interest rates, the housing market is already experiencing the negative effects of these rate hikes, which result in a notable increase in the cost of mortgages. Additionally, there are early signs that these rate hikes are beginning to percolate through the economy as a whole, as construction slows down and new factory orders decrease.