Fed Decision on Sept. 22 Pivotal for US Dollar Standing 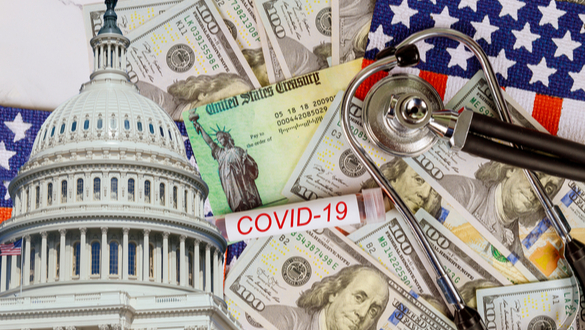 The market will be watching the Federal Reserve's monetary policy outlook in the coming weeks.

Participants in the financial markets will pay close attention to the movement of the United States dollar in the coming weeks as traders attempt to predict when the Federal Reserve will announce the reduction of its asset purchase program, which will have a significant impact on a variety of markets.

At the beginning of this year, many analysts were gloomy about the future of the United States dollar.

They anticipated that the Federal Reserve's enormous support, along with government stimulus, would cause the American dollar to plummet to multi-year lows in the future.

They predicted that the Federal Reserve's massive backing, along with government stimulus, would cause the American dollar to fall to multi-year lows in the near future.

On the other hand, the fact was that the U.S. dollar gained strength versus a wide basket of currencies over the course of the year.

There are a variety of factors contributing to this decision.

First, the coronavirus epidemic did not come to an end, which gave further support to safe-haven assets such as the United States dollar.

Secondly, other currencies have also been affected by the crisis.

Inflation and interest rates in the eurozone were both at historically low levels, which hurt the euro.

Despite a successful mass vaccination campaign, the pound could not gather momentum on the upside as the United Kingdom struggled to control the epidemic.

As a consequence of the strict Covid-19 lockdowns, the Australian dollar suffered...

In recent weeks, attention has turned to the possibility of a decrease in the Federal Reserve's asset purchase program.

In the coming weeks, the market's attention will be focused on the Federal Reserve's monetary policy outlook.

Recent employment market data offers the Fed a chance to defer tapering for a few months to take a deeper look at the labor market dynamics, according to the Federal Reserve.

In addition, coronavirus continues to be a major problem.

The Federal Reserve, on the other hand, must keep an eye on inflation.

According to the most current inflation data, the inflation rate was 5.4 percent year-over-year in July, which was consistent with June's figures.

On the other hand, some experts have started to forecast that inflation has reached its zenith, while Powell has maintained his view that inflation is a transient phenomenon.  On the other hand, prices may continue to rise as a result of a variety of challenges in the global supply chain (such as the chip shortage) and labor shortages in certain industries.

On September 14, foreign currency dealers will have the opportunity to examine inflation statistics for August, while the Federal Reserve will publish its interest rate decision on September 22.

As a result, when the Federal Reserve decides whether to begin tapering immediately or wait a few months, it will have the most recent inflation statistics available.

The possibility of a quick decrease in the Federal Reserve's asset purchase program may offer further support to the United States dollar.

According to recent market activity, some traders are prepared to wager that the Federal Reserve will begin to decrease its asset buy program soon, despite Powell's dovish remarks and dismal job market data, according to the Wall Street Journal.

While Fed officials have differing opinions on whether or not the Fed should begin tapering in the next months, it seems that everyone believes that tapering should be completed as quickly as possible, according to Bloomberg.

The window for Fed's tapering is closing: El-Erian