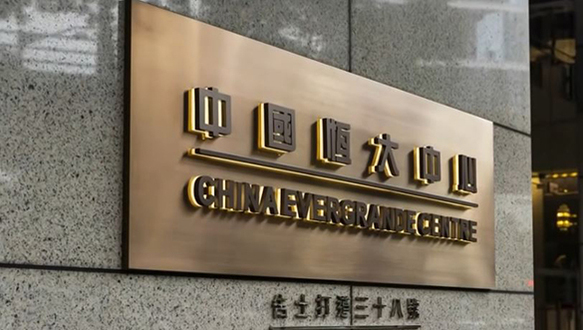 China Evergrande Group, the world's most indebted developer, has alarmed global and domestic financial markets with a $300 billion debt burden.

According to a study released on Monday by the Federal Reserve, turmoil in China's real estate market might pose a danger to the United States.

In its twice-yearly assessment on the American financial system, the Federal Reserve said it was worried about the high amounts of debt that had accumulated in China's business sector, as well as how Beijing was addressing the problem.

Many other real estate businesses have noticed what started as a worry about one deeply indebted company and have joined in.

They are displaying symptoms of stress as they struggle under mountains of debt and a housing market that has been stalled due to increasing government curbs on borrowing.

Because of this increased regulatory attention, according to the Fed, "certain heavily indebted businesses, particularly in the real estate industry, may be put under further stress, as seen most recently by the current worries about China Evergrande Group."

These pressures, in turn, might have a spillover effect on the rest of the economy.

Financial pressures in China might strain global financial markets via a worsening in risk sentiment, pose threats to global economic growth, and impact the United States, according to the Federal Reserve.

In recent weeks, the default of at least six Chinese property developers on international loans has roiled the local financial markets and increased the cost of borrowing for all Chinese businesses. Property prices are decreasing, and fewer individuals are purchasing flats, causing the sector's outlook to deteriorate.

A deadline of Wednesday for Evergrande, which has more than one million unfinished units around the nation, is looming. The company must repay at least $150 million in bond payments by then.

Following decades of reckless borrowing, Chinese officials have shut off funds for the real estate industry.

As a result, many developers sold apartments. They collected money from house purchasers before the units were finished, putting banks and investors in a challenging position and individual homebuyers.

Evergrande 'not too big to fail': Chinese state media