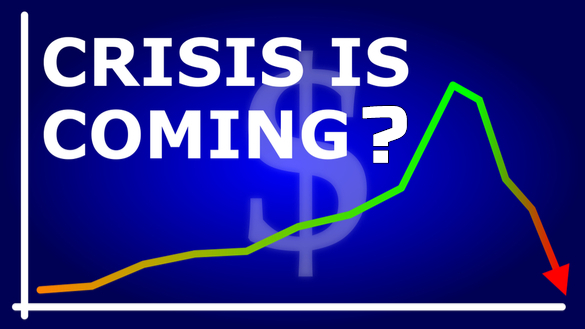 President Trump’s global trade war and the partial government shutdown have all the ingredients to create a recession in 2020 as he runs for re-election.

Analysts began slashing their Wall Street earnings estimates in October. Their forecasts for S&P 500 earnings for the first half of 2019 have been by 4.5%, according to FactSet.com. These are the sharpest paced downgrades in four years and nearly twice the 15-year average according to FactSet.

Richard Turnill, the chief investment strategist at BlackRock, wrote in a Tuesday report, "The pessimism on corporate earnings is palpable" and profits are becoming "harder to forecast as the economic cycle moves into its late stage."

The threat of an eventual recession is beginning to look like a real possibility among companies and analysts alike. A stark contrast from Trump Administration officials who continually insist the U.S. economy is in great shape and in no danger of entering a recession.

Even though the US stock market has recovered about half the gains lost during the December rout, investors are continuing to be faced with an increasing number of alarming profit warnings from major companies recently...

Yesterday, Stanley Black & Decker (SWK) plunged 15%  after telling shareholders that next year's bottom line will be much smaller than expected.

"As we enter 2019, the external challenges don't magically disappear".

Stanley Black & Decker CEO James Loree told analysts during a conference call his company is "well-prepared," there are signs that "the US economy may soon be coming to the end of one of the most enduring recoveries in US history."

FedEx (FDX) before the end of last month, an established bellwether for the global economy, dramatically slashed its profit outlook for its fiscal year that ends on May 30. This after the firm raised that forecast three months earlier. The lowered exportations were attributed by FedEx CEO Fred Smith to…

"China's economy has weakened due in part to trade disputes.”

Misery is growing across the board, for example, Tesla (TSLA) saw its shares fell sharply last week after the electric car maker announced plans to slash its workforce by 7%. CEO Elon Musk told employees that with "great difficulty, effort, and some luck," Tesla would target a "tiny profit" for the first quarter.