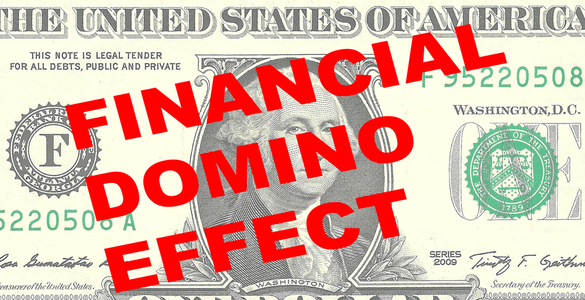 Famous real estate investor Tom Barrack, a close friend of  President Trump, is warning that the 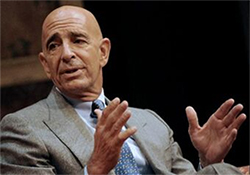 U.S. commercial-mortgage market is on the brink of collapse. Barrack is warning about a “domino effect” that will lead to catastrophic economic consequences if the Federal Reserve, President Trump, and Washington’s lawmakers don’t take immediate action to help borrowers from defaulting on their debt.

Barrack, Chairman and Chief Executive Officer of Colony Capital Inc., warned in a white paper and a subsequent interview on Bloomberg Television of a possible chain reaction.  This chain reaction will be the result of margin calls, mass foreclosures, evictions, and potential bank failures driven by the economic collapse that is starting to take place thanks to the coronavirus pandemic. Barrack fears are the result of what amounts to a shutdown of the U.S. economy that cuts our countries GNP by 40% or greater that appears to be coming closer as each day pass.

During an interview with Bloomberg Barrack on Monday, he was quoted as saying…

“To keep people employed, you have to support the employers.”

“The biggest part of employer expense is rent. When commerce stops, and they can’t pay rent, they can’t pay interest on the debt, then the banks and the intermediaries can’t pay their investors, it all collapses.”

Barrack, 72, warns that the economic impact could dwarf that of the Great Depression, affecting everyone from homeowners to real estate developers to hotel operators. Unemployment could reach 20% even 30%, according to Treasury Secretary Steven Mnuchin and other fed officials quoted in the news the past few days.

Specifically, Tom Barrack’s white paper highlights the fragility of mortgage real estate investment trusts, or REITs, and credit funds and the lenders that provide them with liquidity via repurchase financing.

The Federal Reserve, which announced Monday additional new measures to support the economy, including hundreds of millions of additional bond purchases, “is doing exactly what they need to do,” but the program still isn’t enough to relieve the “liquidity crisis” in the market for commercial mortgage-backed securities according to Barrack.

In his white papers, Barrack proposed a rescue plan coordinated by banks and supported by Congress and regulators that includes the following:

$500 billion of taxpayer funds to provide liquidity to the financial system, including for loans and repurchase contracts.

Delaying until 2024, a new accounting rule governing the recognition of credit losses.

Barrack insisted during his Bloomberg interview….

“What everybody needs is just a time out. Give them 60 or 90 days, let it all come back together, tack on that accrued interest to the end, and you solve the problem.”

The challenge, Barrack, insists… is finding a solution that safeguards the banking system while avoiding the perceptions of “crony capitalism” associated with the bailouts that followed the 2008 financial crisis.

Barrack is a longtime friend of President Donald Trump, has a tremendous amount of his wealth at stake in the outcome of this health and financial crisis. His firm’s investments are almost entirely tied to real estate.

His Los Angeles-based firm’s year-end financial report lists $3.54 billion of assets in hospitality real estate and $725 million of debt and equity investments at Colony Credit Real Estate Inc., its publicly traded commercial mortgage REIT.  Its shares as of 3:15 PM Monday, March 23, 2020, have plunged more than 76% from its 52 week high. The company has almost $3 billion in cash.