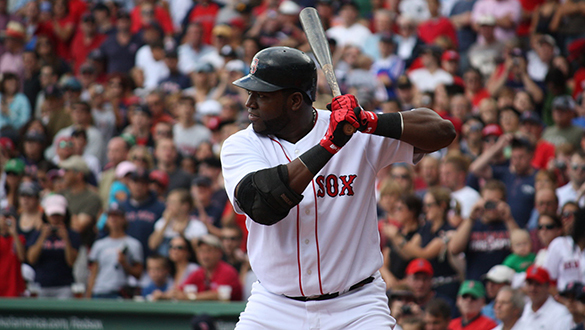 When David Ortiz retired after a career season and while seemingly still in his prime after a 20-year career, Yankee fans breathed a sigh of relief. Big Papi was admired and loved in New York. He should be elected to the Hall of Fame unanimously, with the blessing of all New York.

I know I speak for millions of Yankees fans when I say we love David "Big Papi" Ortiz even though every time we saw him in the Boston Red Sox lineup we gulped and recognized him as one of the few players in baseball capable of throwing his team on his back.  Big Papi too often defeated our beloved Yankees single-handedly with clutch hits and infectious enthusiasm needed to spark his teammates.

As he was being wheeled into surgery, he told his Doctor that he was a good man. It echoed his stated desire not to be remembered as a great baseball player, but as a good human being in several interviews over the years. God willing Ortiz will survive the senseless attack he suffered last night in the Dominican Republic and live to see himself inducted into Hall of Fame on the first ballot. He may even be destined to be elected to the Cooperstown unanimously, as only the second player after the Yankees great reliever Mariano River.

Ortiz is a mountain of a man who has such a huge golden heart he is often referred to by those who know him as a big lovable teddy bear at heart. Ortiz charity work and dedication to the children in the United States and the Dominican Republic is legendary. His sense of humor and affability makes him a natural for sports broadcasting.

I like many Yankee fans dreaded his batting preparation. The trademark adjusting of his gloves after what seemed like each pitch and the clapping of his hands signaling he was ready to the cream the next baseball that crossed the plate. Too often in Yankee stadium, he would crush the ball into the short right field porch, yet that made the Yankees – Red Sox rivalry a drop everything event. Long live David Ortiz, a class act and a good man.