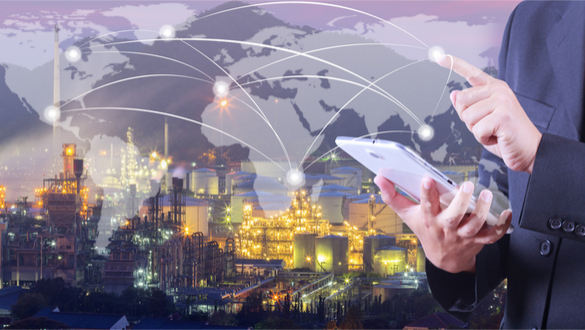 In Russia's battle with Europe over the Russian invasion of Ukraine, natural gas supplies have become a powerful tool of leverage. In addition, the stakes are incredibly high for Europe, which relies on Russia for 40 percent of the natural gas that it uses to heat and illuminate its homes and businesses.

Also facing difficulty is the world gas market, which has historically experienced less price volatility and political manipulation than the oil market during times of crisis.

While Europe is looking to the United States to help make up for a portion of the gap, fossil fuel growth faces opposition from environmentalists and investors alike. Producers of natural gas in North Africa are grappling with the effects of regional political unrest. Regional tensions and competition from Asia have made the prospect of fresh gas from the eastern Mediterranean more challenging to realize.

Energy has already become a point of contention between Europe and Russia, with Europe taking steps to reduce its reliance on Russian coal and oil imports. Although natural gas is more difficult and expensive to carry than oil, the trade nexus is more restricted. When Poland and Bulgaria refused to accept Russia's demand that they make payments in rubles, the country was forced to halt gas deliveries to them.

Since Russia momentarily halted gas imports through Ukraine in 2006, supplies have been reasonably constant. The United States, which has grown to become the world's top producer and exporter of natural gas following a boom in shale drilling, had so much gas that it flared off excess output, similar to Iraq and other oil-rich countries who treat gas as a waste commodity.

Gas prices around the world were rising in the months leading up to the invasion for a variety of reasons, including declining hydroelectric capacity in Latin America due to drought and a lack of wind in Europe to propel renewable energy. As a result of the disruption in Russian supply, prices in much of the world have risen even higher, and the use of coal has climbed much more.

Its gas fields are in decline, and Europe generates only one-fifth of the country's total gas demand. The remainder of the country's gas is imported, with roughly half of it coming primarily from the Russian Federation. As a result, while Russian imports have decreased in recent weeks, Norwegian output and imports of liquefied natural gas, or L.N.G., have surged to make up for the shortfall. To receive enormous tankers packed with chilled natural gas, Germany, the critical engine of the European economy, is scrambling to construct pricey facilities.

As Charif Souki, executive chairman of Tellurian, a gas corporation building an export terminal in Louisiana, explained, "What the invasion of Ukraine has done is taken one of the three key suppliers of natural gas on a worldwide basis out of consideration for future planning." "In the future, no one will be able to rely on Russia. Now is the time for the United States to surpass all others as the world's natural gas powerhouse."

This will not be a simple task since the worldwide L.N.G. market is only 523 billion cubic meters per year, and approximately 20% of that volume currently travels to Europe. Nevertheless, In the United States and Qatar, new L.N.G. export facilities are being built. Still, demand is growing even faster, particularly in Asian countries attempting to reduce air pollution caused by coal burning.

As a result, the United States is left with only the United States, despite several of its gas fields having limited pipeline capacity and having attracted only a small number of significant drillers due to historically low gas prices.

In response to the Russian incursion, the Biden administration has committed to increasing L.N.G. supplies to the European Union by 15 billion cubic meters, or around 40%. Even though this represents just around one-tenth of Russian gas shipments to Europe, American energy experts believe that American companies could produce and ship significantly more gas by expanding the number of gas pipelines and export terminals.

The expansion of export operations in the United States is anticipated to be completed by 2026, with three new ports being built. Several others await permits, long-term customers, or investors to be built out. L.N.G. capacity should be quadrupled by 2030, according to E.Q.T., a significant gas producer, a suggestion that has garnered widespread backing from the oil and gas industries.

"We have the resources in the ground," said David Braziel, chief executive of R.B.N. Energy, an analytics firm. "And we could develop them if you indicated to the administration that they want to develop natural-gas resources."

On the other hand, environmentalists point out that natural gas extraction generates methane, a potent greenhouse gas, and warn that establishing a multibillion-dollar infrastructure will ensure that carbon emissions continue for decades. The Biden administration has shown support for renewable energy and natural gas, but this has not been enough to please both environmentalists and the oil and gas sector.

With the sanctions on Russia, the Mediterranean region has emerged as a major natural gas supply for much of Europe. Although Mediterranean gas development has progressed, particularly in deeper waters, supplies to Europe have encountered a number of stumbling blocks in recent years.

Even though Col. Muammar el-Qaddafi ruled Libya with harshness and anti-Western rhetoric, Italy has long been reliant on Libya for energy. However, opposing armed factions, particularly one backed by Russia, frequently prevent oil and gas resources and export facilities from being developed.

In October, contract renewal talks between Algeria and Morocco came to a stalemate due to a dispute over payments between the two countries and the worsening of relations in general. Spain receives much of its natural gas from Algeria through pipelines, and Algeria would welcome the opportunity to pump more gas to Spain and Portugal through a pipeline through Morocco.

Egypt has re-established operations in two L.N.G. ports, exporting its own natural gas and Israeli natural gas from Israel's increasing offshore gas reserves. On the other hand, China has provided such lucrative long-term contracts that European purchasers are finding it difficult to compete with them.

According to Middle East Petroleum and Economic Publications, which is based in Cyprus, North Africa's gas exports to Europe decreased by 5 percent in the first quarter of 2022 compared to the previous year.

With the ongoing improvement of relations between Israel and Turkey, energy experts believe the prospects for an underwater pipeline between Israeli gas reserves and Turkey, which would connect Israeli production to European markets, are becoming more promising. However, because a pipeline would have to pass through the Cypriot Seas, the lingering territorial disputes between Turkey and Cyprus could make such projects more difficult to complete. An emerging Cypriot gas field known as Aphrodite appears promising, but its limited reserves will likely prevent it from producing for more than a few years.