European Ban on Russian Oil Ready to be Implemented 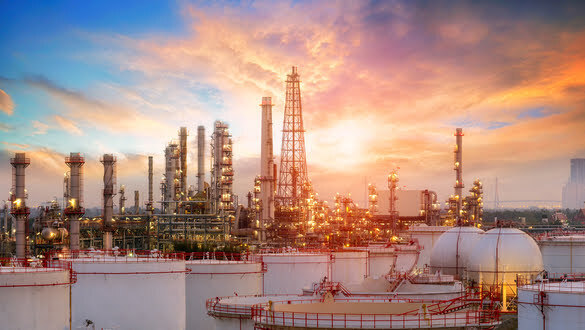 Politicians would like to see the financial backing for a war machine curtailed. Consumers will face a tough and expensive transition when their energy supply is phased out.

A major blow to Russia's decades-long grip on Europe's energy market will be dealt with this week as the European Union pushes toward a ban on Russian oil.

Ursula von der Leyen, the head of the European Commission, recommended a comprehensive ban on Russian oil imports on Wednesday, with crude oil, phased out over six months and refined products terminated by the end of the year, subject to ratification by the member states.

"We increase pressure on Russia while limiting collateral damage to ourselves and our partners across the globe," she said of the staged strategy.

Following the announcement, the price of oil increased. Brent crude futures were up more than 3.7 percent on the trading day.

According to analysts, European oil ties with Russia will be severed in time, but the process will be lengthy. It may result in shortages and higher prices for gasoline and other products. This could penalize consumers who are already struggling with inflation and ultimately derail the economic recovery resulting from the flu epidemic.

The objectives of the European Union are unambiguous. Due to Russia's continued involvement in the Ukraine conflict, Europe wishes to deprive President Vladimir V. Putin of income from oil sales, typically his greatest source of export revenue and a cornerstone of the Russian economy. Russian oil exports to Europe are worth $310 million a day, according to Florian Thaler, the chief executive of OilX, energy research and consulting business.

The move against oil would be part of an effort to stop Moscow's capacity to force European countries to make energy-related decisions. In its most recent attempt to do so, Russia shut off natural gas supplies to Poland and Bulgaria last week, a move that was widely condemned. Analysts believe that Russian oil may be a more specific target than Russian gas. A Bernstein research analyst, Oswald Clint, stated that oil was "an intense, liquid and fungible market," supplied by thousands of tankers. He went on to say that the oil industry could rearrange itself if the market demanded it.

In addition to gas pipelines, vast amounts of oil are transported from Russia's oil fields through the Druzhba pipeline (called after the Russian word for friendship), which has branches in Germany and Poland and a southern line that travels through Slovakia, the Czech Republic, and Hungary.

The PCK facility in Schwedt, near Berlin, "has been running on Russian oil for the last 50 years," according to Mr. Thaler of OilX, a company that promotes the use of Russian crude in refineries. "You'll have to look for a substitute for it on the foreign market."

Brussels' political decision-makers may offer Hungary and other nations significant lead times to gain their approval. Mr. Thaler stated that Hungary and Slovakia might potentially receive additional oil from ships in the Adriatic Sea through a pipeline through Croatia. In contrast, the Czech Republic could receive more oil through a terminal in Trieste, Italy, according to Mr. Thaler.

On the other hand, Germany and Poland appear to be keen to wean themselves off of their reliance on Russian energy, and this apparent shift in German policy seems to be critical to European strategy. Germany intends to import oil through the eastern port of Rostock and from Poland's port of Gdansk, which is located over the border in the Baltic Sea.

The German government claims that it has been successful in terminating contracts for Russian crude, with the exception of the Schwedt refinery in western Germany and another in eastern Germany known as Leuna, which together account for approximately 12 percent of the country's imports from Russia, according to the German government.

Europe's Ability to Weather a Russian Oil and Gas Ban