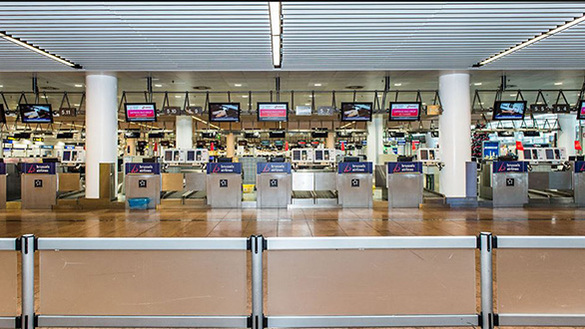 Countries in the European Union have agreed to put further limitations on travel from the United States that is not strictly necessary. This comes amid a spike in the number of Covid-19 cases.

On Monday, the European Union advised that all non-essential travel to and from the United States be suspended due to an increase in COVID-19 infections, which may have a negative impact on the region's tourism sector.

Because of the delta variation, a large number of illnesses have occurred in the United States recently, prompting the government to reimpose regulations.

Even though transmission is widespread across the country, the most severe consequences are seen in areas of the country where the population is disproportionately unvaccinated.

Despite the fact that the EU travel list is revised every two weeks and that the decision is simply a nonbinding suggestion, it applies to all passengers, regardless of whether or not they have received a required vaccine regimen.

It is ultimately the responsibility of member states to make their own choices regarding travel, including whether to impose a quarantine on unvaccinated individuals or whether to demand a certificate of vaccination to enter.

A country must have less than 75 cases per 100,000 people during the previous two weeks, a steady or declining trend in the number of new cases, and a positive rate of 4 percent or less, according to EU standards.

According to EU statistics, the United States did not satisfy this criterion, with 588 instances per 100,000 persons, which is below the threshold.

It is estimated that about 10% of those tested are positive, based on the most current data from the Centers for Disease Control and Prevention (CDC).

Israel, Montenegro, Lebanon, and North Macedonia are among the nations that have been taken off the "safe" list.

According to the European Council, the EU's ruling body, member states should remove restrictions on non-essential travel from 14 countries, including the United States, by June.

Although the Biden administration has not eased its own border controls in response to criticism from the international community and tourist sector organizations, foreign travel continues to be a source of disagreement.

Airlines cut capacity as E.U. votes to restrict travel from the U.S.