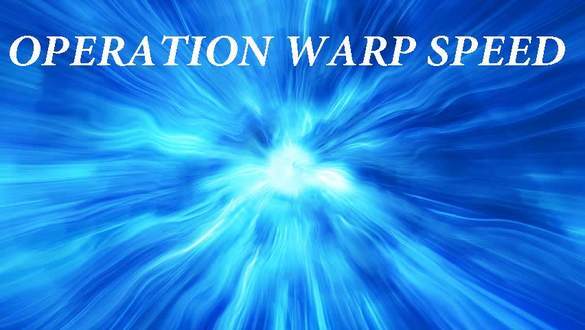 There is new information in a report that reveals Emergent officials' own concerns about inadequacies in the company's quality control procedures at its troubled Baltimore plant; no contaminated dosages were ever given to the public.

According to the report, which was released Tuesday morning by the House and the Select Subcommittee on the Coronavirus Crisis, nearly 400 million doses of coronavirus vaccine manufactured by Emergent BioSolutions had to be destroyed "due to poor quality control," with approximately 240 million doses being destroyed in late 2020 and early 2021. Previous estimates of lost vaccination were significantly lower, and no tainted doses were ever made available to the public before the outbreak.

In their investigation of the Maryland-based biotech company, congressional investigators discovered that Emergent executives privately expressed urgent quality-control concerns even before the company began manufacturing the vaccines' key ingredient — despite publicly expressing confidence in the company's ability to deliver on a multimillion-dollar government contract.

According to the report, while this was going on, Emergent lab staff purposefully misled government inspectors about difficulties at the company's Bayview, Maryland plant and repeatedly "rebuffed" attempts by AstraZeneca and Johnson & Johnson to inspect their facilities.

Six weeks before notifying federal officials that 15 million doses of a coronavirus vaccine had been contaminated, Emergent BioSolutions, a long-time government contractor hired to produce hundreds of millions of coronavirus vaccine doses, concealed evidence of quality control problems from Food and Drug Administration inspectors in February 2021.

According to a new report by the Democratic-led House Committee on Oversight and Reform, the disclosure was made. Based on internal corporate emails, documents, and interviews, the research reveals fresh light on Emergent executives' concerns about inadequacies in the company's quality control procedures at the company's troubled Bayview factory in Baltimore, which has been in the news recently.

Rep. James E. Clyburn, Democrat of South Carolina and chairman of the House subcommittee on the pandemic, said that the doses were squandered despite repeated warnings from employees, outside consultants, pharmaceutical companies, and F.D.A. regulators that the company's manufacturing practices were unsafe.

According to a report published last year by the New York Times, a top pandemic preparedness official with Operation Warp Speed, the Trump administration's fast-track vaccine initiative, warned in June 2020 that relying on the plant would present "significant risks" and that the site would "need to be closely monitored."

This was followed up the following month by an email from an Emergent executive, Sean Kirk, who admitted that he had notified other top executives "for a few years" about difficulties at the factory, noting that "space to improve is a tremendous understatement."

Mr. Kirk wrote in another email to Robert Kramer, the company's chief executive, that "of all the things we have to deliver on OWS," which stands for Operation Warp Speed, "the one that keeps me up at night is the overall perception of the state of quality systems at Bayview." Mr. Kirk has since resigned from his position at Emergent.

An Emergent spokesman, Matt Hartwig, stated in an email sent to reporters on Monday night that the company had been "open and forthcoming" with the Food and Drug Administration and Congress, noting that the company had provided investigators with thousands of documents and invited them to tour the company's facilities. In May, a subcommittee of the House of Representatives heard public testimony from emerging executives.

"Emergent remains dedicated to being a trusted partner of the United States and its allies," Mr. Hartwig wrote, adding that the business had not yet received a copy of the House report.

Emergent was tasked with producing vaccines for Johnson & Johnson and AstraZeneca at its Baltimore site. The federal government entrusted Emergent with an enormous responsibility as it struggled to obtain vaccine manufacturing capacity during the epidemic's early days. The announcement of a $628 million federal contract and further arrangements with two pharmaceutical companies worth a total of $656 million boosted the company's stock price significantly.

However, according to the records released by the House investigators, several of Emergent's own managers were concerned that the company would not be up to the task.

In anticipation of a visit to the facility by officials from the Food and Drug Administration (F.D.A.) in September 2020, a senior quality director advised executives that convincing the agency that quick improvements were underway would be important. In his letter, the director said, "We are not in complete compliance yet— BUT— we are making batches NOW."

In November 2020, an independent consultant to Emergent stated that the company's manufacturing flaws posed "a direct regulatory risk," according to the report.

During the agency's visit in September, it discovered a number of shortcomings. According to the House report, emergent staffers attempted to conceal possible concerns when officials returned to the country in February 2021.

An earlier batch of Johnson & Johnson's vaccine, which was considered to have quality issues, had yellow flags placed on it by Emergent, which led to the company being sued. According to the findings of the House report, senior management and an executive vice president of the corporation were aware of the acts. On the other hand, employees removed the tags just before the F.D.A. inspection and reapplied them after the officials from the agency had left.

One outside consultant to Emergent noted in an email acquired by the committee that the objective of removing tags seems to have been "to avoid diverting attention" away from the potentially problematic containers.

Emergent's vaccine production contract with the Biden administration was terminated in November 2021 due to a series of events that began with that decision. Emergent alerted the Department of Health and Human Services about the tainted doses at the end of March 2021. According to House investigators, "despite this apparent attempt to obstruct supervision," the Food and Drug Administration (F.D.A.) detected major quality flaws but awarded Emergent considerable leniency.