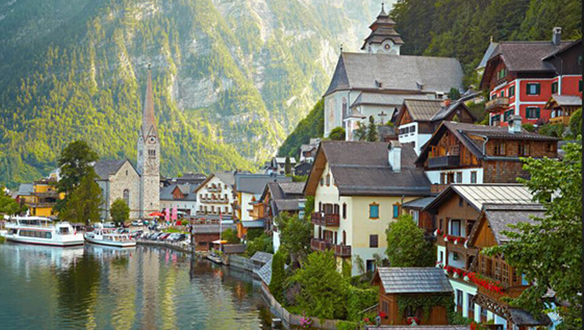 Austria has implemented several limitations, including an economic lockdown, which is projected to have a negative impact on the country's economic future.

As a result of the fourth wave of coronavirus infections swept across Europe, the continent's already fragile economic recovery may be jeopardized. Governments are imposing increasingly stringent health restrictions to reduce foot traffic in shopping centers, discourage travel, and thin crowds in restaurants, bars, and ski resorts.

The strongest restrictions have been implemented in Austria, which has mandated vaccinations and a statewide lockdown that started on Monday.

According to the World Bank, other safety measures, ranging from vaccination passports in France and Switzerland to a mandate to work from home four days a week in Belgium, will also have a chilling effect on economic activity.

According to Stefan Kooths, research director of the Kiel Institute for the World Economy in Germany, "we are anticipating a difficult winter season."

"It now seems that the epidemic is having a greater detrimental impact on the economy than we had previously anticipated."

According to official figures, hard lockdowns that swept Europe during the early months of the epidemic last year resulted in a reduction in economic productivity of roughly 15%.

Most of those nations could recover and recoup their losses once vaccines were released, infection rates fell. Restrictions were relaxed, thanks to a slew of government assistance to companies and the jobless.

In September, economists expressed cautious optimism that Europe had reached a watershed moment.

Over the last several weeks, the most significant challenges to the economy seemed to be stemming from a post-lockdown frenzy that was producing supply-chain bottlenecks, energy price rises, and inflation concerns.

Furthermore, mass immunizations were supposed to deflect the pandemic's bite, allowing people to continue congregating to shop, eat out, and travel without fear freely.

What was not anticipated was a slew of stringent government regulations.

A highly infectious form of the coronavirus, backed by some vaccination resistance and waning support for other anti-infection measures such as face masks, has allowed the virus to make a return in certain areas.

Approximately two-thirds of Europe's population has been immunized. However, vaccination rates vary significantly from one country to the next.

Earlier this month, the Austrian retail trade group said that retailers in the nation had already seen a 25 percent drop in income for November compared to the same time in the previous year.

It was reported that while sales were higher than two years ago on the last Saturday before the lockdown – retailers in Austria are closed on Sundays — they would not be enough to make up for the losses projected in the following weeks, according to the firm.

According to the Austrian Hotel Association, hotels did not do much better in the week leading up to the lockdown, with one out of every two reservations being canceled.

Nonetheless, the general picture is not quite as bleak as it was the previous year.

The economy is predicted to rise in October, November, and December, despite numerous economists have lowered their projections for these months. The annual gain is likely to linger around the 5 percent level.

The unemployment rate has declined, and companies in certain places complain about a lack of qualified workers.

Austria's response, which is to impose a three-week lockdown — which closes all stores except those that sell necessities, allows restaurants to only serve takeout, and requires people to stay at home except for essential activities — is not necessarily a predictor of what other governments across Europe will do in response to the terrorist attacks.

Last week, leaders in France and the United Kingdom indicated that they did not intend to impose additional shutdowns.

However, according to Claus Vistesen, chief eurozone economist at Pantheon Economics, while it is undeniable that restrictions and lockdowns have a significant and immediate impact on the economy, limited and intermittent closures — such as those that already exist in some countries — are less likely to cause a significant dent in overall growth.

In addition, rising infection rates will drive inflation worries "a little bit into the background," at least for the foreseeable future, according to Dr. Aziz.

But the long-term repercussions of extensive restrictions on the unvaccinated or mandatory vaccinations are far more difficult to predict.

When it comes to shopping in Austria and Germany, the weeks leading up to Christmas Day are among the busiest times of the year, with people congregating at outdoor markets to eat, drink, and shop for presents.

The region's annual Christmas markets are major tourist attractions, typically open from late November through December 24. They create additional money via hotel reservations and other cultural events held throughout the year.

Sellers and buyers were looking forward to this year since several marketplaces closed down the previous year.

On the other hand, individual firms and localities may find that even the existing restrictions are detrimental.

The Christmas season is the busiest year for many eateries, which benefit from end-of-year festivities hosted by businesses.

New limitations have also been implemented in the Czech Republic and Slovakia.

In Germany, several states have implemented partial lockdowns. As of Wednesday, those who have not been vaccinated will be forced to present a negative Covid test before being allowed to enter the workplace for the first time.

Although a statewide shutdown in Germany, the continent's biggest economy, seems improbable at this time, Carl B. Weinberg, chief economist at High-Frequency Economics, has cautioned that such a move would have a ripple effect across the continent.

"If Germany tightens its belt, Europe will be dragged back into recession," he said.