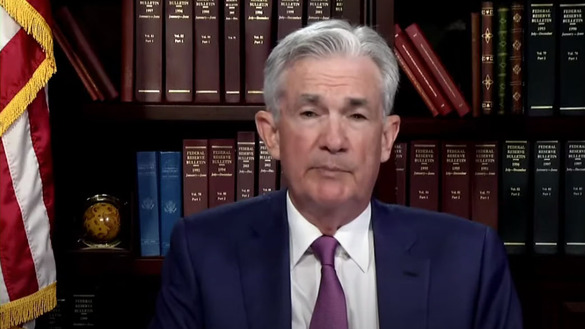 Federal Reserve Fed Chairman Jerome Powell said Friday that the United States' economic recovery is progressing. Still, he cautioned that the central bank must proceed with caution to avoid tightening policy before a sufficient number of Americans have returned to work.

In remarks delivered at the Jackson Hole Economic Symposium, hosted by the Federal Reserve, Powell stated that "a mistake of this nature today, with substantial slack remaining in the labor market and the pandemic continuing, could be particularly harmful."

However, despite this, the Fed chairman stated that the spread of the Delta variant poses a "near-term risk" to economic growth. Still, he was optimistic about the economy's recovery as a whole.

Powell cited the labor market as an example, noting that 6 million people are still out of work compared to pre-pandemic unemployment levels. A record number of job openings (10.1 million) was recorded in June, indicating that hiring companies are scrambling to fill their positions as quickly as possible.

According to him, the vaccination campaign, the reopening of schools, and the expiration of additional unemployment insurance will all contribute to putting some of the unemployed back to work, albeit in a limited capacity.

The Federal Reserve Board Chairman, Jerome Powell, believes that, despite wage increases in some sectors of the labor market, "these favorable conditions for job seekers should help the economy cover the considerable remaining ground to reach maximum employment."

Nonetheless, the chairman of the Federal Reserve acknowledged that inflation was on the rise and that it was a "cause for concern." According to data from the Bureau of Economic Analysis, prices (as measured by the Personal Consumption Expenditures Index) increased by 4.2 percent on a year-over-year basis, marking the fastest rate of increase in more than 30 years.

According to his forecast, Mr. Powell stated that he continues to anticipate that high inflation will be "transitory," noting that factors such as unusually high used car prices are expected to subside in the near future.

At the conference, which was held virtually this year due to high COVID-19 case levels in Jackson Hole, Wyoming, Powell stated that he was concerned about the situation. Powell said at the conference that "policy can and should take into account temporary swings in inflation."

Is it time to start reducing the amount of food you eat?

At a time when the Federal Open Market Committee is debating whether or not to begin slowing the pace of its asset purchases, Powell's remarks are particularly poignant. During this time, the Federal Reserve has purchased approximately $120 billion in Treasury bonds and agency mortgage-backed securities each month to stimulate demand throughout the economy due to the outbreak.

To determine when it was appropriate to begin tapering the Federal Reserve's so-called quantitative easing program, it was necessary to demonstrate "substantial further progress" on the central bank's dual mandate goals of maximum employment and price stability.

According to Powell, price stability is mandated by the government, and high inflation readings violate this mandate. However, while Powell acknowledged that the labor market has made "clear progress," he suggested that he might want to see more data before declaring that the labor market is ready to handle the effects of a Federal Reserve taper.

In Powell's opinion, if the economy continues to grow at its current pace in the near future, it may be appropriate to begin slowing the pace of asset purchases this year. The Delta variant, on the other hand, continues to pose a threat.

An additional employment report for August will be received by the Federal Reserve on Friday and published on Friday. On September 22nd, the Labor Department will release its final employment report before the central bank follows the policy-setting announcement, which is also scheduled for that day.

If the Fed decides to raise interest rates in the future, Bernanke has stated that any rate increases should not be tied to the timing of the taper. He also noted that the Federal Reserve still has "a lot of ground to cover" before it is ready to begin raising interest rates from their current levels near zero.

In a statement released on Friday, Powell stated that "we have articulated a different and substantially more stringent test for liftoff."

During the Fed's most recent policy-setting meeting in July, Powell stated that the economy had made "significant progress" since that meeting. The central bank maintained interest rates near zero.