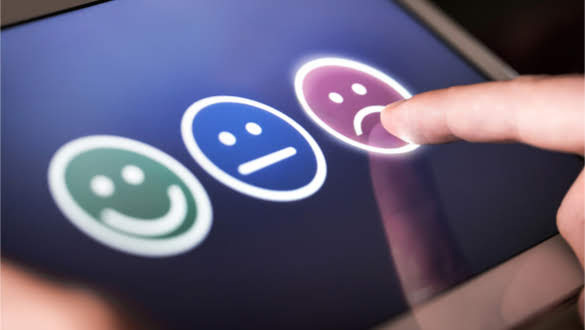 DWAC ON A THREAD - STOCKHOLDER RESPONSE 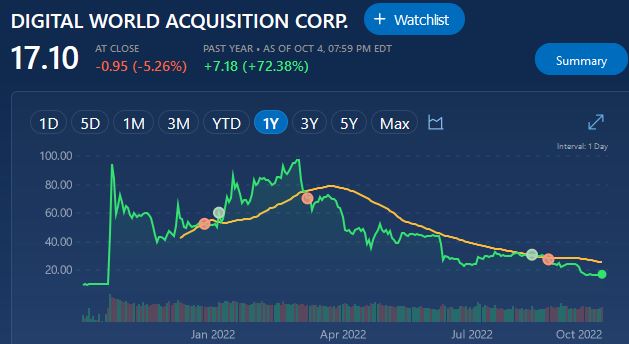 "He's nowhere near as rich as he boasts, nor as poor as his critics claim. Donald Trump's real net worth? is $3.2 billion, according to our most recent tally, conducted in September 2022". — Forbes, September 27, 2022

Forbes magazine, the authority on private wealth, has opined that Donald J Trump, 45th President of the United States, is among the 400 wealthiest Americans. Serving as President did not directly line Donald's pockets, but it made him more controversial, which, in turn, seems to have increased his fortune.

Before we explore that, here is a bit of background:

Trump before Trump. The now-defunct Liberty Lobby produced a daily radio show that was broadcast on the Mutual Broadcasting System and other radio stations. At the end of each broadcast, listeners were invited to get a free "America First" pamphlet.

The Liberty Lobby's politics were seemingly similar to those more recently associated with Donald Trump and his followers. In 1969, True magazine published a lengthy profile of Liberty Lobby by best-selling author Joseph J Trento titled "How Nazi Nut Power Has Invaded Capitol Hill."

In retrospect, what was a political dead end at the turn of the millennium seems to have been ahead of its time. And Trump's temperamental relationship with Twitter, Facebook, and other social media platforms seems to have enhanced his business reputation and added hundreds of millions to his net worth — as reported by Forbes magazine.

Donald Trump is an unlikely Tech entrepreneur. At 76, he doesn't even use email, preferring instead to scrawl notes in marker. But he doesn't mind jumping into ventures in which he has little previous experience—and as Dan Alexander shrewdly observed, "this gig should prove far more lucrative than the presidency."

Indeed, it already has where his reputation is concerned. Banned from Twitter, the former President announced in October that he was creating his own social media platform, Truth Social, through the Trump Media and Technology Group, which uses Mar-a-Lago as its address. The app became available in February and has since been downloaded an estimated 1.5 million times, but 1.3 million potential users are on a waitlist. Trump has posted only once: "Get Ready. Your favorite President will be here soon."

Investors have been forgiving or naive. Trump Media plans to merge with a DWAC, a SPAC that attracted a lot of interest from retail investors, raising its shares from $10 to more than $70. We sold short at $71.50.

Based on clues buried in regulatory filings, Trump probably owns at least 50 percent. Forbes estimated optimistically that Trump should eventually receive $10 apiece for his shares; hence Forbes inflated its tally of Trump's net worth by $430 million.

So you can conclude that there is big money in Trump's words.

If you find today's arguments about right-wing fringe politics tedious, you probably would not be entertained by going to the library to excavate the ravings of their precursors from the last century.

A much more profitable study would be to focus on Trump's various tangles with current grand juries. Apparently, there are three separate grand juries impaneled in the District of Colombia alone investigating Donald Trump for one thing or another.

And he is also under investigation in New York for dodgy business practices, an issue that has embroiled three of his adult children. Among other things, Trump is accused of exaggerating the size of his New York penthouse threefold. The New York Attorney General, Letitia James, has filed a lawsuit for $250 million charging Trump, his children, and his company with "staggering" fraud. This could culminate in the forced closure of Trump's business.

The lawsuit claims Trump and the company engaged in many years of illegal conduct meant to inflate his net worth to deceive banks, insurance companies (and voters). You can expect these legal troubles to spell an inglorious end to the financing prospects for Trump's troubled Truth Social project.

That is what we have anticipated. The deadline for Digital World deals to acquire Donald Trump's Truth Social passed on September 20.

As you know, we have been riding a short position on DWAC down from $71.50 — About four times the current price. Along the way, we have pocketed tens of thousands in profit, correctly anticipating that the Truth Social deal faced a rocky road.

In May, after we pocketed more than $25,000 in profits on our first short tranche on DWAC, I brazenly assured you that you could join the party at that point and realize another $25,000 in profit as DWAC unraveled. As of the most recent close, at $17.32, you would be ahead by almost $25,000.

I doubt that the merger between Truth Social and DWAC will ever close. In light of the many civil and criminal investigations settling over Trump like lint on a blue suit, it seems more likely that the SEC will kill the deal in response to an apparent violation of securities protocols and perhaps other of Donald's legal troubles. To cite another potential headline, a tally of punishments for Trump's alleged misuse of classified documents, which included storing  Nuclear launch codes at Mar-a- Lago — showed that he could potentially be sentenced to as many as 1000 years in prison if convicted on all possible counts.

No matter how you look at it, Donald J Trump has more than enough legal troubles to disqualify him from consideration for another run for the White House were he anyone else. Indeed, he could consider himself lucky if his business remains in his hands and he gets to bed down at Mar-a-Lago and not at some surplus military base that has been refitted to serve as his private prison.