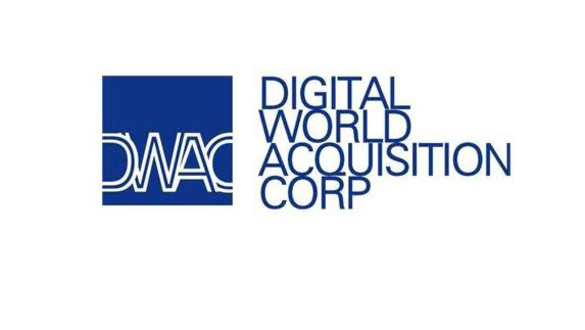 Following a number of setbacks, a sufficient number of shareholders decided to allow DWAC until September 2023 to conclude its plans. This resulted in a win for DWAC and its chief executive Patrick Orlando, who had spent a number of months attempting to persuade shareholders to participate in voting.

DWAC is a special purpose acquisition company aiming to make the former president's technology and social media platform public through a reverse merger, a prevalent practice some years ago. The business disclosed a week ago that it had lost money at an alarming rate. According to the SEC filings, the SPAC reported a loss of around $3.4 million in the most recent quarter, which ended on September 30. According to documents filed with the federal government, the organization disclosed on Tuesday that it had incurred more than $10 million in losses in 2022.

The value of the Trump brand is intimately connected to the future of DWAC and the company's attempts to bring Trump Media and Technology Group to the public market. The brand is expected to benefit significantly from another run for the presidency. But that won't be the case if the Republican Party doesn't back Trump or if any of the several lawsuits he's been involved in, both civil and federal, make it to court.

Truth Social was established after Twitter suspended President Trump's account in the wake of the incident on January 6 at the United States Capitol. Some people who follow the IT business believe that if Truth Social made a comeback on Twitter, a significant chunk of its followers would switch to the more popular channel.

The price of DWAC shares has dropped by about 87% from reaching a high of 175 on October 22, 2021, which was reached shortly after news of the Trump merger agreement became public.

During a special shareholder meeting that was held on Tuesday November 21 by Digital World Acquisition Corp. (DWAC), the Special Purpose Acquisition Company (SPAC) announced that it had received sufficient investor support for the move to extend the deadline for a merger with Trump Media, which owns the TRUTH Social platform that was used by former President Trump, until September 8, 2023.

The Digital World Acquisition Corporation was in danger of being forced to liquidate all assets next month if it was unable to have its deadline extended. Investigations into the matter have been initiated by both the Securities and Exchange Commission and federal criminal detectives.

During an online meeting on Tuesday, Patrick Orlando, the primary supporter of Digital World Acquisition Corp. and its chief executive officer, reported that the shareholders had authorized the extension. Digital World

The shareholder extension maintains the possibility that Trump Media & Technology Group may be able to have access to the $300 million in capital that Digital World obtained from investors after its first public offering around 14 months ago.

Prosecutors at the federal level have been looking into the unusual trading in Digital World securities prior to the merger announcement and any potentially improper communications between representatives of the companies prior to Digital World's listing in October of last year. Their discoveries have the potential to destroy the merger. The Securities and Exchange Commission is conducting its own independent inquiry at this time.

Elon Musk, a billionaire software entrepreneur and the new owner of Twitter, renewed Donald Trump's account over the weekend. But, now that Mr. Trump is being accepted on Twitter again, Trump Media must determine if it will continue to exist. Following the attack on the United States Capitol by Mr. Trump's supporters on January 6, 2021, the former management of the social media site chose to cancel Mr. Trump's account.

Truth Social has been Mr. Trump's primary means of connecting with supporters since he was banned from Twitter, which was part of the motivation for the development of Truth Social.

Mr. Trump has been quoted as saying he had no intention of using Twitter again. Additionally, as part of a licensing agreement with Trump Media, he is obligated to post on Truth Social several hours before publishing anything on any other social media network. The license agreement includes a provision for the delivery of political messages.

Nevertheless, in light of Mr. Trump's recent declaration that he would seek the presidency once again in 2024, the appeal of Twitter may prove to be particularly potent for him. In comparison, Mr. Trump's account on Truth Social has a total of 4.6 million followers, while the freshly resurrected version he has on Mr. Musk's site has approximately 88 million followers.

According to Kristi Marvin, a former investment banker and the creator of SPACInsider, a website that gathers data on special purpose acquisition companies (SPACs), "Twitter kind of throws an intriguing wrinkle for investors." "Trump said that he intends to remain committed to Truth Social, but do you have faith in him?"

Mr. Trump may have a financial motive to avoid using Twitter. After the completion of the merger with Digital World, he will have ownership of seventy million shares. Forbes re-instated Donald Trump to its list of the wealthiest Americans in September. The potential worth of Trump Media in part, determines this ranking after the completion of its merger with Digital World.

If Digital World had not been able to win the extension, it would have been required to dissolve itself on December 8 and refund the approximately 30 million stockholders the over $300 million that it had raised; the majority of these owners are people rather than institutions.

The SPAC required approval from 65 percent of shareholders in order to proceed with the extension, but the firm had challenges in meeting this requirement because the majority of its owners are difficult-to-reach small investors. Since September 6, Digital World has been forced to request six times that shareholders be given more time to ratify the plan.

Despite the failure of two earlier SPACs that Mr. Orlando sponsored to execute mergers successfully, he was successful in getting the shareholder vote. Mr. Orlando made an appearance at an event hosted by IPO Edge half an hour before the announcement of the shareholder vote. During his speech, he said that if the extension were accepted, he would "remain working on the day-to-day to forward our proposed merger."

Given that Mr. Trump would control well over half of the firm when the merger is finalized, it is unclear if the combination will be a boon for shareholders of Digital World even if it is successful. There is a risk that the value of the shares owned by retail investors would decrease due to the concentration of ownership in the hands of one individual.

After the midterm elections, DWAC stock had also dropped significantly, falling in line with the dismal performance of Republicans. Some others saw the performance as a rejection of politicians that Trump had supported in their campaigns. Given the questions generated by the outcomes of the midterm elections, another presidential candidacy is the most direct and obvious way to boost Trump's brand appeal in the near term.

It doesn't matter what your opinion of Donald Trump is; the fact is that he is a savvy businessman who understands how to use challenging circumstances to his benefit. Following Trump's declaration that he would seek the presidency again in 2024, investors have decided to go ahead and give their blessing to the extension.

On Tuesday, DWAC stock skyrocketed higher by 5.7% after earlier in the day losing 1.3% during market trade. After Elon Musk reactivated President Trump's suspended Twitter account on Sunday, the stock market began to recover some of its previous day's losses on Monday and finished in the green.

The shares of DWAC went through the roof at the beginning of November when the SPAC postponed, for the sixth time, a shareholder vote on whether or not to allow a year-long extension to finalize its merger with Trump Media and Technology Group. The conservative social media site Truth Social is owned and operated by Trump Media, Trump Media's parent company.

The shareholder's meeting which was  postponed until Tuesday, November 22, when the SPAC finally announced that shareholders had voted in favor of delaying the deadline until September 8, 2023.

The target date for DWAC to successfully conclude its merger with Trump's firm was initially set for the beginning of September 2022. On the other hand, the SPAC has said that the processes were held up because the Securities and Exchange Commission was investigating the acquisition.

According to federal papers, the sponsor of the SPAC, ARC Global Investments, donated around $2.9 million so that the merger deadline could be extended to December 8. This was necessary since DWAC shareholders could not complete a vote in September.

According to federal documents, the SPAC is likewise losing money. According to an SEC filing, DWAC received termination notifications from private investment in public equity (PIPE) investors totaling $139 million between September 19 and September 23.

This comes after DWAC recorded a $6.2 million loss in the first half of the year in its quarterly report on August 23.