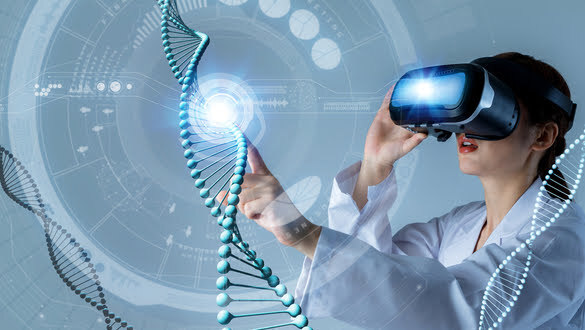 With its vast financial resources, strong lobby organizations, and Congressional backing, the pharmaceutical sector exercises a significant degree of influence over health policy decisions. Big Pharma site's future research would be in jeopardy if costs were controlled.

A significant Democratic plan that would give the federal government the power to negotiate medication pricing with pharmaceutical corporations is on the brink of being defeated by the pharmaceutical industry.

Speaker Nancy Pelosi (D-CA) can afford only three defections when the House votes on a sweeping $3.5 trillion spending package. However, to illustrate the closeness, Representatives Scott Peters (D-CA), Kurt Schrader (D-OR), and Kathleen Rice (D-NY) voted last week to prevent the drug-pricing Legislation from moving forward out of the Energy and Commerce Committee.

According to STAT News, Peters declared his opposition to Pelosi's medication price plan in May and was showered with contributions from pharmaceutical industry executives and lobbyists soon after.

According to OpenSecrets, Peters is the No. 1 House beneficiary of pharmaceutical sector contributions this year, receiving $88,550 from pharmaceutical executives and political action committees.

Peters has collected more than $860,000 in contributions from pharmaceutical companies throughout his congressional tenure than any other private business.

Following accusations that donations influenced his vote, the California Democrat told The Hill that such claims are "completely false." He also noted that his San Diego congressional district employs approximately 27,000 pharmaceutical industry workers, the vast majority of whom are researchers.

In the Ways and Means Committee, Rep. Stephanie Murphy (D-Fla.) voted against moving forward with the tax component of the bill.

According to industry lobbyists, the number of Democrats in the House concerned about the drug price bill is double digits. Many Democrats in the 50-50 Senate would not support the plan in its present form.

This is an increase from about $160 million at the same time last year when the industry set a new record for lobbying expenditures.

When compared to only two years ago, when every House Democrat voted in favor of the identical drug price bill, this year's holdouts serve to highlight the progress pharmaceutical firms have made with the caucus on a proposal that would reduce their profit margins.

In a statement released following the committee votes, the Pharmaceutical Research and Manufacturers of America (PhRMA), the industry's leading trade group, said, "The House markups on health care demonstrate that there are legitimate concerns about Speaker Pelosi's extreme drug pricing plan and that those concerns are shared by thoughtful lawmakers on both sides of the aisle."

H.R. 3, the Legislation at the heart of the debate, would enable Medicare to bargain for lower prescription medication costs by linking them to the lower prices paid by other high-income nations, such as Canada and the United Kingdom.

The proposal is expected to free up about $700 billion in savings from medication purchases, which would be sufficient to fund a significant portion of the Democrats' $3.5 trillion spending plan.

Drugmakers argue that the proposal would have a chilling effect on creativity, citing a Congressional Budget Office projection that it will result in roughly 60 fewer new medicines over the next three decades if implemented.

In addition, the alternate proposal would establish an annual out-of-pocket expenditure cap for Medicare beneficiaries with lower incomes.

Senate Democrats, who are concerned about the prospect of raising medication prices, are more likely to support this plan since it is less forceful.

"Something is going to pass, but it isn't going to be H.R. 3," said a lobbyist who works on behalf of the pharmaceutical industry.

Even while pharmaceutical firms oppose any attempts to limit the price of prescription medicines, they support the alternative plan because it provides them with more protections than the larger Democratic bill does.

Rich Masters, chief public affairs and advocacy officer at the Biotechnology Innovation Organization, a trade group that represents pharmaceutical giants such as Sanofi, Merck and Johnson & Johnson, said, "Any kind of artificial price controls will have an impact on both new scientific investment as well as access to medicines."

Prominent progressive politicians, who have long expressed concern about increasing medication costs, slammed the three House Democrats who voted to reject H.R. 3, accusing them of caving into corporate contributions and lobbying efforts.

Sen. Bernie Sanders (I-VT) said in a video message Friday, "What the pharmaceutical industry has done, year after year, is pour huge amounts of money into lobbying and campaign contributions … the result is that they can raise their prices to any level they want."

According to lobbyists, the pharma industry has made the case to legislators that now is not the time to go after companies that have produced very effective COVID-19 vaccinations and are creating booster injections and other therapies to combat the virus.

Several large pharmaceutical companies are represented by the U.S. Chamber of Commerce, which said last month that Democratic attempts to raise medication prices would leave the United States "unprepared for the next public health catastrophe."

According to an analysis by Patients for Affordable Drugs, a group that launched its own ads supporting H.R. 3 last week, the situation is now critical after pharmaceutical companies and conservative organizations funded by drug companies spent $18 million on ads attacking the proposal through late August.

The advertisements are intended to influence both legislators and the general public.

According to a survey conducted by the Kaiser Family Foundation in June, 90 percent of Americans favor the medication price plan. However, when informed that the idea "may result in less research and development of new medicines," support fell to 32 percent.

What You Need to Know About Biden's Prescription Drug Agenda