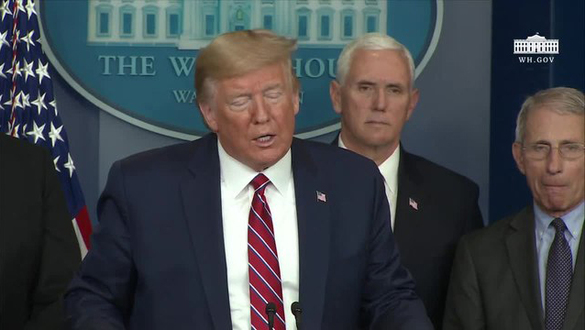 Trump focused on Fauci’s 71% approval polls while his approval barely 41%!

Dr. Anthony Fauci testified at a hearing of the U.S. House Committee on Energy and Commerce on Capitol Hill on Tuesday warning House lawmakers that the nation is experiencing a “disturbing surge” of coronavirus infections.  States are reopening too quickly without adequate plans for testing and tracing the contacts of those infected with the virus.

Fauci did not attempt to sugarcoat the danger to align his appraisal with President Trump’s continued upbeat assessments about where the country is in this pandemic, nor it’s trajectory here in the United States.

Fauci told the House Energy and Commerce Committee that while some states like New York were “doing very well” in controlling the spread of the virus, the surge in other states is “very troublesome to me.” Fauci went on to say…

“The next couple of weeks are going to be critical in our ability to address those surges we see in Florida, Texas, Arizona, and other states.”

Dr. Fauci and the leaders of the White House Coronavirus Task Force minus Vice President Pence was the first in more than a month they met as a science informational group, and that was to give Congress an update.

Fauci conveyed during the hearing said he was “cautiously optimistic” expanded testing in doctor’s offices would be available by late fall. President Trump has repeatedly claimed the vaccine would be ready for distribution before the end of the year, and if not, he claimed in an interview with Fox News that the virus would simply “fade away.”

Dr. Robert R. Redfield, the director of the Centers for Disease Control and Prevention, called the pandemic…

“The greatest public health crisis our nation and world have confronted in a century.”

Redfield warned the coronavirus outbreak would coincide with flu season later this year and that the confluence of both the flu and virus would strain hospitals and health workers beyond the breaking point and warned….

“Getting a flu shot would be even more important this year.”

“This single act will save lives.”

Shortly before the hearing began, President Trump took to Twitter to complain that he was not getting credit for his response to the virus, noting that Dr. Fauci, “who is with us in all ways,” has “a very high 72% Approval rating.” The approval rating for the president, who is known to track his own popularity closely, is currently 41%, according to the latest figures by the polling analysis website FiveThirtyEight.com. 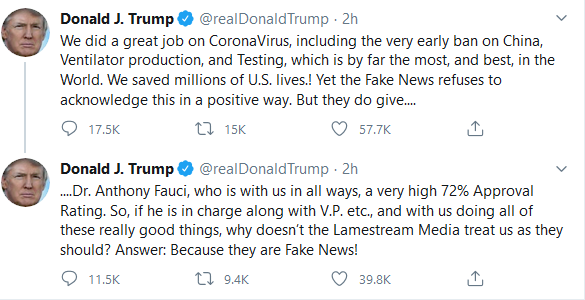 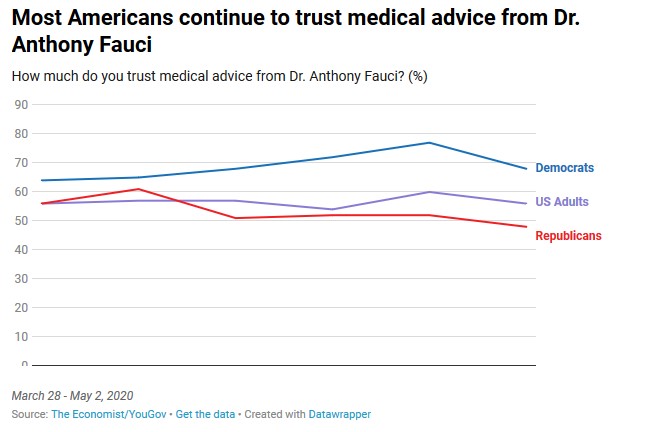