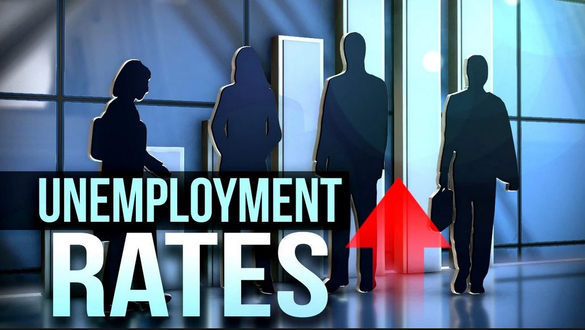 Another 800,000 unemployment applications were filed last week, sent stocks dropping. After another record-setting session yesterday in the major indexes, investors got bigger than expected news in new weekly unemployment claims. Many are very suspicious of the jobless numbers because of a newly introduced counting system.

This morning the Dow Jones slid more than 726 points, or 2.5%, and was joined by the broader market in the selloff. The S&P 500 has been down as much as 3.3%. The NASDAQ has been down by more than 4% as big tech shares, including Amazon (AMZN), Apple (AAPL), Microsoft (MSFT) and Facebook (FB) each sold off.

The moves Thursday were a stark reversal from the gains seen at the beginning of this week. The Dow Jones had climbed over 29,000 for the first time since February and came shy of its all-time record level by just 500 points yesterday, before sharply reversing today.

The wild bullishness earlier this week was driven by investors continuing to bet on a protracted era of accommodation from the Federal Reserve. A belief that interest rates will remain near zero or zero for the next 3-5 years, as well as other global central banks follow the same strategy. Policymakers around the world are going to continue ongoing support for the virus-stricken U.S. and World economy.

Yesterday’s rally was also driven by the hope that a working coronavirus vaccine will be available as early as November 1, 2020, which would mean that more businesses could reopen and consumers to spend more confidently. These hopes have also supported equities.

News outlets, including Bloomberg, reported yesterday that the U.S. Centers for Disease Control and Prevention has told states to prepare for a Covid-19 vaccine that would be ready for distribution by the beginning of November. Since that announcement a great many medical and scientific experts have expressed skepticism and called the CDC’s announcement a political farce.

In addition to the concern that the CDC has been politically corrupted, investors have received some new disappointing data on some pockets of the U.S. economy after a string of better-than-expected reports on the manufacturing sector, housing market and services economy in recent days.

ADP’s (the dominant private payroll administrator for tens of thousands of companies) is a closely watched barometer monthly showed just 428,000 new jobs were added back in August, or fewer than half the 1 million that had been expected. The ADP report, however, has historically and especially during the pandemic period been an unreliable gauge of the Labor Department’s “official” monthly jobs reports, so investors are largely shrugging off the ADP estimate.

Dr. Fauci weighs in about a possible vaccine in October