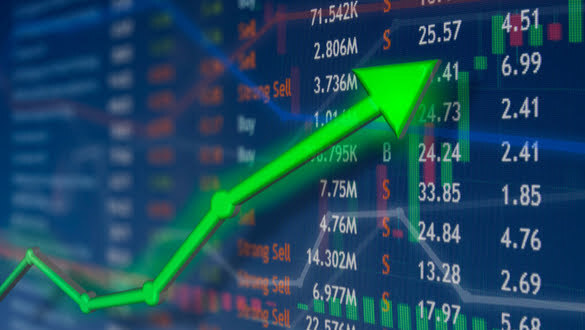 Dow Jones rose 475 points today based on news of a possible Russian pullout of Ukraine. As investors fear a Russian invasion, oil prices have risen recently, teetering on $100 per barrel. Even as the troops were being evacuated, the Biden administration was prepared for an attack. Absolute chaos and confusion.

According to reports that Russia is withdrawing troops from Ukraine's border, the stock market made an enthusiastic comeback on Tuesday, with the S&P 500 gaining 1 percent at the opening of trading.

Stocks have plummeted, and oil prices have soared in recent sessions as investors fretted about the possibility of a Russian invasion. The Biden administration maintained a high level of readiness for a possible attack even as the troops were being evacuated.

This morning, the Dow Jones Industrial Average jumped more than 475 points, or 1.3 percent, after suffering steep losses the previous session. The Nasdaq, which is heavily weighted in technology, gained 1.8 percent. In addition, according to MarketWatch, all three major U.S. indexes have lost at least 3 percent so far this year.

In addition to the volatility sparked by the Ukraine crisis, there is an array of other concerns that have contributed to a rocky start to 2022 trading: a teetering labor market, the pandemic's never-ending complications, supply chain snarls, the highest inflation rate in 40 years, and uncertainty surrounding the Federal Reserve's path to reining it in.

For the time being, markets, according to David Bahnsen, a chief investment officer of The Bahnsen Group, are "moving in lockstep with headlines from the Russia/Ukraine situation."

According to him, "any indication of thawing tensions between Russia and Ukraine is enough to spark a small rally in stocks," he said Tuesday in comments emailed to The Washington Post. He also pointed out that daily movements tied to the crisis are "less relevant than what this situation means for the energy markets" in the coming six months.

The price of crude oil fell in response to signs of a possible de-escalation in the Ukraine conflict, with West Texas Intermediate, the United States' oil benchmark, dropping 3.7 percent to trade around $91.90 a barrel on Friday. According to Bahnsen, the uncertainty surrounding the conflict has increased the price of a barrel of oil by $10 to $20 in an already tight supply environment. On Friday, the international benchmark Brent crude fell 3.3 percent to trade around $93.30 per barrel.

According to their estimates, if tensions between Russia and Ukraine continue to escalate, analysts predict that oil prices will surpass $100 a barrel for the first time since 2014.

Investors have been focusing their attention on the potential economic ramifications of an invasion by Russia. President Biden issued a warning over the weekend, saying that if Russia attacked its neighbor, the United States and its allies would respond "decisively and impose swift and severe consequences." The Obama administration insists that any allied response this time will be significantly harsher than the sanctions imposed following the nation's 2014 annexation of Crimea by Russia.

Russia is one of the world's largest oil producers, and military or economic conflict with the country can cause significant disruption in the energy markets and elsewhere. Financial sanctions, which are likely to be targeted at Russia's state-owned banks, are intended to deter a Russian invasion by drawing attention to the dangers of capital outflows, a depreciating currency, and bank runs. In response to President Vladimir Putin's stance, Russian investors have already paid the price: the benchmark RTS stock index has fallen by approximately 25 percent since its late-October high.

The foreign exchange markets, which had lost ground at the start of the week, gained some ground on Tuesday. The Nikkei 225 index in Japan and the Hang Seng index in Hong Kong extended losses, but the Shanghai Composite Index ended the day 0.5 percent higher.

European indexes rallied across the board in midday trading, with Germany's DAX leading the way with a 1.5 percent gain. The Stoxx 600 index, which serves as a benchmark, rose 1.1 percent.

As investors braced themselves for more aggressive Fed action in the coming weeks, government bonds have seen tremendous upward pressure in recent weeks. Following recent highs, the 10-year U.S. Treasury note yield has risen slightly, breaking through the 2 percent barrier for the second time this week. Bond yields move in the opposite direction of bond prices.

Earlier this week, the Labor Department released new economic data that served as another reminder of inflation's high costs on businesses and households. The department reported that wholesale price increases were twice as high as expected in January. According to the Labor Department, wholesale prices increased by 9.7 percent in the past year, close to a series record since data collection began in 2010.