Don’t Brag; It’s ‘Supposed to be Easy’ for Unimpaired People 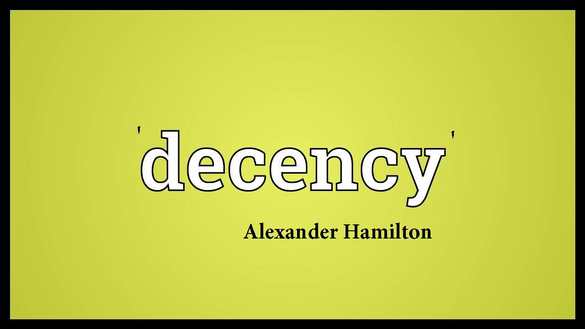 The President of the United States and GOP lawmakers are being tested by Americans in what amounts to the most critical cognitive evaluation our elected official will ever take.  The President may have stumbled over the final five questions of the Montreal Cognitive Assessment, but he can still get a positive assessment from needy Americans who seek his help. Here is a new word that may help get you there: D-E-C-E-N-C-Y.

The President and GOP lawmakers begin negotiation on new COVID-19 financial aid legislation as infection surge over 4 million in the United States by wanting to cut funds for coronavirus testing and contract tracing.

The Chris Wallace interview broadcast on Fox News on Sunday continues to be dissected to expose President Trump’s high-speed lying. His claim that former Secretary of State never accepted her loss in 2016 was an outright lie. Clinton called him the night of the election and conceded.

The test for Dementia was designed to be easy peasy. The last 5 questions he insisted Chris Wallace couldn’t answer were to identify the date, day, time, current, and location of the test.

His claim that 99.7% of those infected have symptoms of a cold and get better in a day is such a ridiculous lie that it may go down as the most morally offensive of his presidency. While 1,858,927 people have recovered from COVID-19, there are nine inescapable facts Trump is intentionally ignoring…

FACT #1: Even with asymptomatic people, it takes 14-20 days to fight off and be free of the virus.

FACT #2: People infected and who recover from the virus can be infected again and can reinfect others again.

FACT #3: Tens of thousands who are infected are discovering it’s taking months to heal even after they test negative for the virus. Weakness, low energy, and significant health issues continue.

FACT #4: Hundreds of thousands who were infected and hospitalized with COVID-19 who don’t die are discovering that recovery may take years, and they are going to plagued by the damage caused by the disease their entire lifetimes.

FACT #6: Children can get serious, even deadly cases of coronavirus, and sending kids to camp or back to school puts their lives in danger.

FACT #7: We are in the first wave of this nightmare health emergency. Come fall when it gets colder outside, people will crowd indoors, and we’ll very likely see another entirely new second wave of the virus hit the world but especially the United States because we haven’t handled the first wave properly.

FACT #8: The restart of the coronavirus press updates are not an opportunity for Trump to repeat his campaign delusions, lies, and conspiracy theories nightly. If he falls into this trap, only the big three propaganda stations FOX News, One America News, and NewsMaxTV will broadcast them. The other major TV networks will broadcast only - outtake clips of which most will be embarrassing to the president.

FACT#9: While Trump is minimizing the effects of COVID-19, he’s taking multiple tests a day because the thought of his getting the virus has him crapping in his pants. In contrast, he’s trying to minimize the effects of the illness and trying to stop testing. He knows if he gets the disease, he will get very sick and possibly die.

At the current rate of infection, almost 10 million people will have been infected by the coronavirus by November 3, 2020, Election Day. We need to ramp up testing to 500,000 tests a day. The tests must not take longer than 2-3 days but should give results to potential patients in 2-3 hours for effective contact tracing.

The failure of Trump to recognize the above nine inescapable facts will not just cost 300,000 plus lives by the end of this year; it will cause millions of people to acquire permanent pre-existing conditions that will make it impossible for them to afford health insurance. Also,  it will clobber the economy for another 12-24 months and bring a stock market collapse that will make March 23, 2020, look like a picnic.