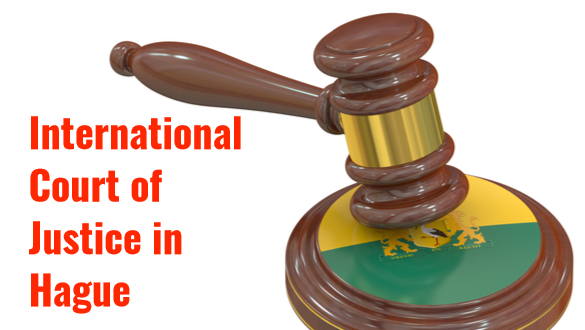 When President Trump orders the arrest children, teens, toddlers, and the ripping babies out of the arms of parents, he is re-creating the behavior of Germany’s Nazi and those of the most brutal regimes including North Korea and China.

It’s time for American’s to realize Trump and his sycophant minions are capable of ordering the torture, beating and hanging of children to enforce discipline and terror.

Donald Trump, Stephen Miller, and especially Vice President Mike Pence who hides behind his obtuse understanding in the Christian faith,  in this cruel unhinged administration are committing crimes against humanity daily, and they must stand trial for their crimes at the Hague!

They are imprisoning and abusing thousands of children to makeshift prisons/concentration camps. They’re doing this in violation of U.S. laws and many court orders, but they like Heinrich Himmler the head of the SS and one of the main architects of the final solution.  Trump voters don’t care because these are largely black and non-white Hispanic and Latin children.

The NAZIS aren’t the only 20th Century nation to commit these crimes against humanity; this kind of murderous ideology belonged to every despot and dictator of the fascist government in the 20th Century. These are those calling themselves nationalists and always insist on murder, torture, and imprisoning children is needed as an expression of love for their countries. These are, after all, unwanted expendables that must be detained, imprisoned, deported or eradicated.

Estimates range that 3,000 to 13,000 unaccompanied migrant children that have been arrested. The being held in overcrowded U.S. Border Patrol facilities (Trump’s Children Prisons) have been there beyond legally allowed time limits, including some who are 12 or younger, according to new government data obtained by The Washington Post.

Federal law and court orders require that children in Border Patrol custody be transferred to more-hospitable shelters no longer than 72 hours after they are apprehended; however many have been held in custody for six months or longer.

“Border Patrol has apprehended nearly 45,000 unaccompanied children since October, according to government data. A spokesman for HHS, whose Office of Refugee Resettlement is tasked with providing longer-term shelters for those children, said border authorities had referred approximately 40,800 unaccompanied children to its custody as of the end of April. That marked a 57 percent increase from the previous year, and HHS said it is on pace to care for the largest number of unaccompanied minors in the program’s history this fiscal year.”

“…were packed into concrete holding cells, many of them sleeping head-to-foot on the floor and along the wall-length benches, as they awaited processing at a sparsely staffed circle of computers known as “the bubble.” Hallways and offices previously designated for photocopying and other tasks now held crates and boxes of bread, juice, animal crackers, baby formula, and diapers.”

“One cell held adolescent boys, many of whom stood in the small space, peering out through a glass wall. One stood urinating behind the low wall that obscured the toilet in the back. In the adjacent cell, several boys who appeared to be of elementary school age slept curled up on concrete benches, a few clutching Mylar emergency blankets. Outside in the parking lot, a chain-link fence enclosure held dozens of women and children, many of them eschewing the air-conditioned tents to lie on the pavement.”

“They told lawyers they have five minutes to shower and 15 minutes to eat. Minors can only speak with family over the phone two times a week for 10 minutes, and they aren’t allowed to touch one another.

“Sometimes when your friend is crying because they can’t stand being here any longer you want to be able to give them a hug,” said a 14-year-old girl from El Salvador who had been in Homestead for over two months. “But you can’t because it’s against the rules.”

“A 16-year-old from Honduras said he cries in his room sometimes because he’s used to having his parents hug him goodnight…. I do not know when I can leave this place,” he said. “I want to get out of here as soon as possible.”

“Children said that if they are disobedient, staff members said they could be deported or have their cases delayed by up to 30 days. One 16-year-old boy said he was put in isolation last July after telling one of the counselors he wanted to go home. He told lawyers he was forced to spend 24 hours a day in the room, which had only 12 bunk beds.”

“I cried every day because I didn’t want to be there,” he said. “I felt so alone that I was even losing my appetite.”

Clinical psychologists who have interviewed children being held in these Child Prisons and even with their parents in family prisons Say the children in these environments have elevated stress hormones that can lead to mental and physical health problems. Children are beginning to become self-harming, and concerns over suicides are growing…

One lawyer reportedly told the AP her team interviewed a child who had attempted suicide and been hospitalized three times.

“They are not allowed to be children, and it’s developmentally inappropriate,” she said. “This is one of the most traumatized populations I’ve ever worked with.”

Schey, a lead lawyer on the court filing to stop Trump’s insanity and cruelty...

“I don’t think operating a military-style camp in a hurricane zone so a company can make a few hundred million dollars is a good decision,”

Schey, referring to the government contract with Comprehensive Health Services, a company that’s running one of these unlicensed facilities Child Prisons, which is worth up to $220 million.

We know MAGA people support these cruel and illegal policies 89% of all Republicans. However, do the rest of America care? After all these people are black and non-Hispanic whites from Latin America, countries Trump described as shit holes.

Sarah Sanders and the rest of the scum in the White House will defend their actions if tried for crimes against humanity by insisting they were only taking orders. Sound familiar?