Donald Trump Facing Possibility of One or More Criminal Indictments 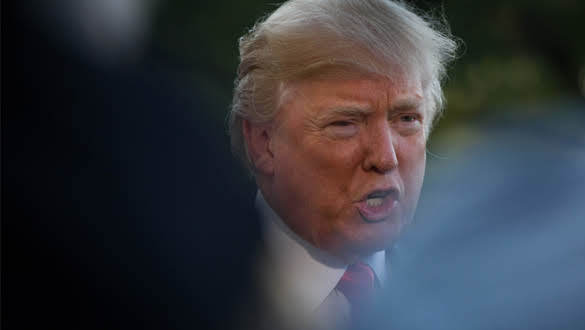 The Supreme Court’s ruling on Monday exhausts the former president’s ability to challenge the turning over of 8 years of his personal and corporate taxes to a Manhattan DA grand jury empaneled and investigating him and his companies.

President Trump possibly suffered the worst legal defeat of his life on Monday when the United States Supreme Court (SCOTUS) refused to issue an order of protection of 8 years of his personal and business tax and other financial records.

The Manhattan District Attorney Cyrus Vance Jr. will now be able to get every record it has subpoenaed, and it will turn all of these records over to a specially hired tax and financial auditing team.

Meanwhile, even with criminal and civil investigations in New York City, New York State, Georgia, and possibly the District of Columbia, the former President still plans to begin giving public speeches again and renew his political rallies and fundraising in the lead up to the 2022 and 2024 elections.

Trump will begin his re-entry into politics by attending and delivering the keynote address of the 2021 Conservative Political Action Conference (CPAC) on Sunday, February 28, 2021. Many political observers complain that CPAC has become a far-right organization that claims to be conservative but has become a white supremacist annual event since Donald Trump’s presidency.

Trump’s speaking at CPAC begs the obvious question. What could go wrong?

Trump could easily self-incriminate himself, given his propensity to speak for 2 ½ hours off the top of his head. When he’s angry and looking for vengeance, the chances that he says the wrong thing increases exponentially.

Trump’s decision to start giving speeches will make it much harder for defense attorneys to keep him out of jail and protect him from billions of dollars in civil lawsuits. He no longer can stave off either criminal indictments or the avalanche of civil suits ahead, now that he is no longer a sitting President.

Literally, any competent civil or criminal lawyer would advise Trump against speaking at CPAC or any other venue and especially not at any rally. This reality will not be recognized by Trump, who has been accused by hundreds of psychiatrists and psychologists of having a narcissistic personality disorder, among other psychological impairments. Even his niece, Mary Trump, Ph.D., who has the credentials, has written a book on POTUS45 and his dysfunctional family.

Being a narcissist Donald Trump just can’t keep his mouth shut and will result in his continuing to push the “big lie” that he was unfairly treated when the mail-in-ballots were counted; and that the election was stolen from him. This makes

From that delusion will flow the dozen off the cuff remakes by the 74-year-old Trump, who is very angry and has nothing but revenge on his mind.

With this as the background, it’s amazing that Senator Lyndsey Graham (R-SC) and other republicans see Donald Trump and his family as the future of the Republican Party.  Especially after Senate Republican leader Mitch McConnell’s scathing post impeachment speech, he said Trump was practically and morally responsible for the January 6 insurrection.

Graham is like a deer frozen in oncoming headlights. He has no way to delay or stop Judge Merritt Garland from becoming the next Attorney General of the United States or any way to stop the appointment of a whole new slate of U.S. Attorney Generals and Inspector Generals throughout the entire U.S. government.  This means that within several weeks the gates of legal hell will open, and a steady stream of legal nightmares will start to show up in what will seem to be a never-ending stream of bad news headlines for Trump and the GOP.

Trump even has a big legal problem also developing in Scotland. The Scottish Parliament voted against launching an investigation of the source of the money that The Trump Organization used to buy the Turnberry Golf Resort that has lost over $61 million since its acquisition. The Scottish Parliament did pass an amendment stating the power to launch an investigation into Mr. Trump’s finances lay with the Civil Recovery Unit, an independent investigative body that reports to the Lord Advocate — Scotland’s equivalent of the attorney general. The amendment said, “to preserve the rule of law, there must not be political interference in the enforcement of the law.”

In short, Scotland’s Civil Recovery Unit is about to demand to see where the money came from to buy the Turnberry golf resort. If Trump’s organization can’t show the money was legally sourced, it could be confiscated by Scotland’s government.

All told, Donald J. Trump may be exposed as a criminal and indicted in one or more jurisdictions. The civil suits will chew up tens of millions of dollars as almost $400 million in debts he personally guaranteed.

Trump Taxes, Long Guarded, Will Soon Be in Prosecutor’s Hands