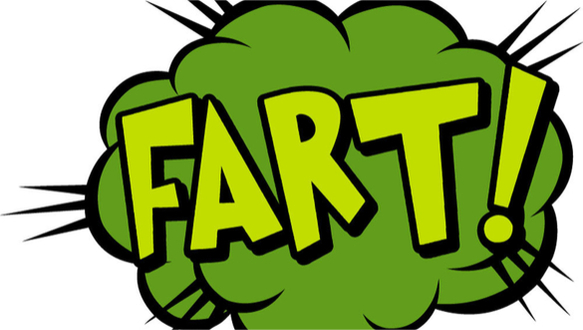 President Trump wants Congress to pass a law that allows him to abandon all rules governing current international trade. The proposed law is being ridiculed as The FART Act. A draft of the "United States Fair and Reciprocal Tariff Act” has been leaked and if it were passed it would allow President Trump to raise tariffs by himself, regardless of internationally agreed principles from the World Trade Organization,  Axios reported Sunday.

Scaramucci a Harvard Law School graduate went on to argue via his Twitter account... "American consumers pay for tariffs. Time to switch tactics."

A New Republic reporter tweeted a suggested headline for a news story on the subject … “Trump's FART Act is Just Hot Air."

Another Twitter user suggested... "Every member of Congress should be asked whether they would openly stand behind a FART Act."

The WTO currently abides by the “most favored nation” principle that countries must treat products from different trading partners equally if they do not have specific free trade agreements such as NAFTA, TPP or APTA.

The FART Act would eliminate the ceilings on tariffs Trump could impose on imports to the United States without Congressional or International approval or negotiation.

Trump’s imposition of huge punitive tariffs on steel and aluminum had been argued as still complying with WTO rules - under the exception for national security, though U.S. allies in the European Union are calling the national security claim phony and are filing complaints with the WTO challenging the rationale.

Despite the tremendous benefits of the WTO, President Trump called the WTO a “disaster”.  Administration officials like Treasury Secretary Steve Mnuchin denied recent reports Trump wants to pull out of the organization and called reports of a Trump exit from the WTO an exaggeration.