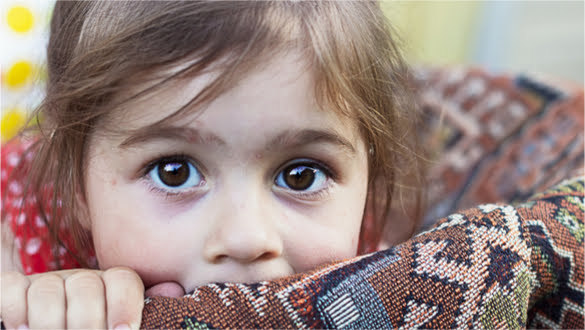 The Trump administration using private contractors has been detaining migrant children in secret hotels as young as a year old in hotels refusing them access to lawyers, making it impossible for them to show they warrant asylum.

The Texas Civil Rights Project (TCRP) released a shocking video of a physical attack on their attorney by private contractors working for U.S. Immigration and Customs Enforcement.  The TCRP lawyer was trying to provide legal counsel to asylum-seeking migrant children being made prisoners against their will in a Hampton Inn & Suites in McAllen, Texas, hotel.

The chilling confrontation triggered the filing of a lawsuit late Friday by the Texas group and the American Civil Liberties Union to stop the deportation of the children being detained by the Trump administration in undisclosed Hotels. The suit is also demanding an opportunity for the children to talk to a lawyer.

The separating and kidnapping of children from their parents and guardians by strangers’ amounts to emotional torture to children according to all credible child psychologists and can leave emotional and psychological scars for a lifetime. It amounts to blanket child abuse a policy imposed by President Trump and his sycophants and businesses owned by his contributors and other sick individuals who put profits over the proper treatment of children.

Leecia Welch, an attorney at the nonprofit National Center for Youth Law, told the AP…

“They’ve created a shadow system in which there’s no accountability for expelling very young children.”

“Late Friday, Hilton confirmed in a statement that it's Hampton Inn & Suites in McAllen had “accepted reservations from a private contractor working on behalf of U.S. Immigration & Customs Enforcement ... to house migrants, including minors.” It said the hotel was no longer providing rooms for any migrants in U.S. custody. The company is also instructing all franchises and management companies not to rent rooms to detain children.”

“Our policy has always been that hotels should not be used as detention centers or for detaining individuals. We expect all Hilton properties to reject business that would use a hotel in this way,” the company said.

According to records obtained by The Associated Press (AP), the Hampton Inn hotel in McAllen is one of three where children as young as a year old have been held. According to records. The other hotels are in El Paso, Texas, and Phoenix — have been used nearly 200 times as more than 10,000 beds for children remain empty at official government detention centers.

The migrant children are reportedly being grabbed, separated from their parents and guardians at the border and held at the hotels for weeks with little to no apparent government supervision or access to legal representation, and allegedly deported. We now know from the controversy over the use of unidentified secret police the Trump Administration may have set up secret detention camps, concentration camps to imprison protestors, and undocumented children.

On Thursday, contract guards assaulted and blocked a lawyer for the Texas Civil Rights Project, attempting to walk down a corridor to reach detainees in the McAllen hotel. The lawyer demanded…

“Who are you? Are you police?”

“Don’t worry about who we are. Get out if you’re smart.”

The lawyer shouted to those detained to yell out their names.

ICE told the AP that the private contractors are “transportation specialists” who are trained to work with children but provided no evidence of the training or educational qualifications to do so. The children are being held with no Red Cross or any independent verification of their safety or well being.

“There are federal anti-trafficking laws and a long-term court settlement that governs the treatment of migrant children require that most kids be sent to supervised government shelters for a limited time before placement with family sponsors. The Trump administration is using the COVID-19 pandemic to skirt those requirements. At least 2,000 unaccompanied children have been expelled since March.”

The imprisonment violates federal law, and the long term court settlement that governs the treatment of migrant children amounts to crimes against humanity.  President Trump and his thugs from the top of the administration to the private contractors must stand trial for either in the United States or at the world court. Trump has turned the United States into a fascist child-abusing criminal state.

The video below can be found here…

Immigrants secretly detained in a hotel in McAllen