Donald J. Trump is a Coward: Refuses to Testify Under Oath 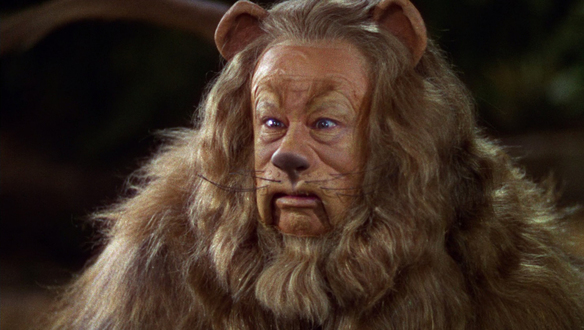 The former president is in hiding. He knows he’s guilty and should be convicted by the U.S. following his second impeachment trial. Trump’s cowardness is driving by his understanding that he will be chewed up and spit out on national television by the House Impeachment managers if he testifies. Trump just doesn’t have the guts former Secretary of State Hillary Clinton proved she had when she answered questions for 3 days in front of Hostile Republican-controlled Congress under oath.

The Democratic House Managers’ first day of presentation and arguments showed that they have an open and shut case, but it’s not enough.

The new Senate Majority Leader Chuck Schumer, Speaker of the House Nancy Pelosi, and yes, even former Secretary of State should be barraging the former president with taunts that he doesn’t have the guts to testify at his second impeachment trial.

This should be echoed by every Democratic member of Congress, and political action commutes like the Lincoln Project, Medias and etc., so it builds into a cacophony. If Donald Trump can be shamed enough in the next 72-144 hours, he just might reverse his decision not to testify.

The House managers would make it clear that they would still allow him to testify and give him a chance to explain why he should be held responsible for the insurrection at Washington D.C.’s capital on January 6, 2021.

Raskin has already offered to interview Mr. Trump “at a mutually convenient time and place” between Monday and Thursday. But Mr. Trump’s lawyers, Bruce L. Castor Jr. and David Schoen wasted little time in swatting away the invitation. They said that Mr. Trump wanted no part of a proceeding they insisted was “unconstitutional” because he is no longer in office and called Mr. Raskin’s request a “public relations stunt.”

Raskin’s response should have been to turn around and call the former president out for being a coward who is unwilling to face the American people.

Secretary Clinton’s bravery for facing three days of 11-hour testimony during the Republican’s Benghazi fiasco. Hillary has the guts and fortitude to be questioned under oath. Still, Trump is hiding in Florida, unwilling to answer critical questions that could clear him of the charge of the  “incitement of insurrection” charge and dereliction of duty charges in the current impeachment trial.

He must be embarrassed and shammed into a reaction that we know could be triggered by insulting his masculinity by calling him a coward over and over again.

Once on the stand, he will admit he engineered, orchestrated,, financed and provoked the mob on January 6, 2021, because he believes the 2020 Presidential Election was stolen from him. Let him make that case, and the 17 Republican Senatorial votes needed to convict him will be realized.

Trump’s silence also allows the House managers to tell senators sitting in judgment that his refusal establishes an “adverse inference supporting his guilt,” meaning that they would cite his silence as further proof that their allegations are true. By calling him a coward, he literally has nothing to lose testifying. At least he has a chance to dazzle the world with his evidence of his being cheated.

Mr. Raskin could still try to subpoena testimony from Mr. Trump during the trial. He should do so immediately for effect and buttress the accusation that POTUS45 is a full-fledged coward.

Senator Lindsey Graham, who has been accused of being known as “Lady Graham,” doesn’t want his idol to testify…

“I don’t think that would be in anybody’s interest. It’s just a nightmare for the country to do this.”