Does the American Press have Autonomy to Print All Leaks 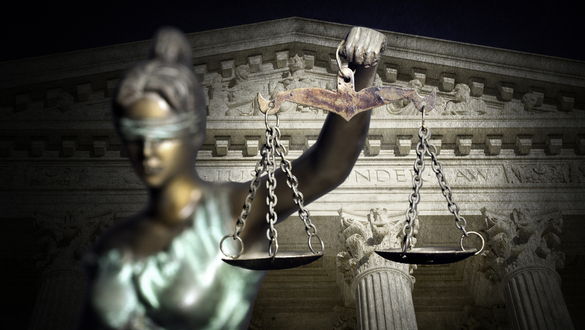 No statute or written rule of conduct dictates how an investigation into the leak of a draft ruling should proceed, or whether the American Press is obligated to adhere to any standards.

There A well-established yet uneven pattern exists in American law when it comes to government secrets and the journalists who unearth them, and this pattern is applicable to both. The publishing of a leak is normally protected under the First Amendment, but the leaker is not.

It has been decided in this manner by no less an authority than the Supreme Court. A federal grand jury indicted the source of the leak, Daniel Ellsberg, for theft in 1971, just as the Supreme Court was preparing to rule that the government could not prevent The New York Times from publishing the Pentagon Papers — one of the most significant leak cases in history — as the justices prepared to rule.

It is now dealing with one of the most momentous leaks of a government secret since that time: the release of a draft ruling that establishes the groundwork for reversing Roe v. Wade in the United States Supreme Court.

The only difference this time was that the leak originated from within the structure. It's also unclear whether the journalists at Politico who exposed the draft will be subjected to the kind of criminal probe that senior Republican senators have demanded. And there is no statute or written code of conduct that would guide how an investigation into such a breach should go.

In contrast to the Pentagon Papers, the government's analysis of the country's engagement in Vietnam, the draft opinion did not contain any secret material about the country's involvement. Leaking classified material is considered a criminal offense. Instead, the recent leak violated the Supreme Court's secrecy traditions, an offense that has been penalised by a near-certain career death but little else in the case of other courts.

According to legal experts, a criminal inquiry is not out of the question given the scope of the leak and the zeal with which federal prosecutors have pursued high-profile leakers and journalists in recent years. And while no one is claiming that Politico violated any laws in the course of publishing its article about the draft opinion, this does not rule out the possibility that the journalists involved would be subjected to government pressure to reveal their sources if a grand jury were convened to consider charges against the person who leaked the information.

In the opinion of Eugene Volokh, a First Amendment specialist at the University of California, Los Angeles Law School, "I believe it's quite evident that there is at least enough for a grand jury to investigate." "The interesting question is whether or not there will be a subpoena issued to a journalist."

Mr. Volokh went on to say that the government will frequently decline to prosecute journalists, and he explained how this could wind up happening in this case. A new regulation established by Attorney General Merrick B. Garland prohibits federal prosecutors from subpoenaing press media documents or testimony, with certain exceptions. However, Mr. Volokh stated that, from a legal standpoint, "I believe subpoenaing the reporter would be constitutional."

Disputes between media outlets and federal prosecutors over whether journalists can be forced to identify their sources in criminal leak investigations have lasted for decades. As part of its investigation into leakers, the Justice Department has recently obtained phone data and emails from reporters at the Associated Press, Fox News, The New York Times, and other media outlets in recent cases. A large number of those cases included the public disclosure of classified material.

The Supreme Court is an institution that takes pleasure in adhering to stringent, lawyerly, but ultimately nonbinding rules of confidentiality in its proceedings.

That has been enough to make the court the most impenetrable of the government's three parts, with its inner workings shrouded in secret and its inner workings mostly absent from the blockbuster tell-alls that have been synonymous with Washington journalism in recent years. (There have been several notable outliers over the years, notably a leak to Time magazine in 1973 of the terms of the Roe decision before it was announced, which was strikingly similar.)

The next step is unclear to me, and I'm not convinced they have a plan in place." Anyone who has worked as a clerk for Justice John Paul Stevens, including Sonja West, a law professor at the University of Georgia who was previously employed by the Supreme Court, does not believe this. However, while Ms. West did not justify the leak, she did voice concern about how far the probe may go and whether "the next step is Politico and the press," as she put it.

As Ms. West said, "we're starting to get into First Amendment territory here." "And we have to make sure that it stays strong and doesn't become too thin that we start to see cracks."

The Chief Justice of the United States, John G. Roberts Jr., has announced an internal investigation that will be led by the court's marshal. So far, it does not appear that the Justice Department is involved in this case. After being contacted for comment, the court did not react. When asked whether Politico anticipated receiving a subpoena and how it would respond if it did, the publication declined to answer.

While it is still simply speculation at this stage as to who leaked the document, many of the estimates have concentrated on the clerks, given that they account for the vast majority of the few dozen persons who would have had allowed access to the leaked document at the time. Each justice typically hires four new justices for each term that begins in October, resulting in a total of 36 justices on the bench at any given moment. (In addition to them, persons acquainted with the court's procedures stated that the nine justices and their personal assistants would have had access to the draft.)

Throughout the years, it has not been a secret that clerks have served as anonymous sources for journalists who have written on the judicial system. They have even published their own works of fiction. Clerks, on the other hand, do so at the risk of their professional reputations. And the majority of them do not leak.

Former clerks have expressed feeling worried to the point of paranoia over being suspected of talking to a reporter in interviews with NBC News and other outlets. For example, one court clerk recalled a "20-second rule," which said that a clerk should not be seen in conversation with a reporter waiting in line in the court's cafeteria or halls for more than 20 seconds at a time. For some, exhibiting too much emotion in the court's public places — such as smiling or otherwise seeming in a good mood — was a source of anxiety, for fear that it would give away the outcome of a particular case that their justice favored.

Another former clerk remembers being so apprehensive about disclosing internal rules that even today he worried it may be harmful to describe what was forbidden in the workplace.

Only half-jokingly, the former clerk, Orin Kerr, now a law professor at the University of California, Berkeley, remarked, "I need to remember what is public about the confidentiality regulations and what isn't."

Ms. West recalled how Chief Justice William H. Rehnquist's lesson on confidentiality on her first day had made "your blood run cold," and that she still remembered how she felt afterward.

According to a former clerk who spoke in an interview with High School SCOTUS about his first day on the job, Justice Antonin Scalia delivered a severe caution to his incoming batch of clerks. According to the former clerk, Ian Samuel, Justice Scalia said, "If I ever learn that you have compromised the confidences of what goes on in these chambers," he will do all in his power to damage your career.

According to Allison Orr Larsen, a professor at William & Mary Law School who clerked for Supreme Court Justice David H. Souter, "the court's confidentiality rules are not delicate or nuanced." "They are reinforced frequently and with great force."

Those warnings, as direct and terrible as they may be, are merely suggestions. The same may be said for the regulations that apply to the justices themselves, who have resisted being bound by written procedures on the vast majority of issues pertaining to their employment.

"They don't even have written ethics guidelines for the justices," said Paul M. Smith, a law professor at Georgetown University who clerked for Justice Lewis F. Powell Jr. "They don't even have written ethics rules for the justices." It's possible that the leak, combined with the recent revelations about the political activities of Virginia Thomas, the wife of Supreme Court Justice Clarence Thomas, would increase pressure on the court to impose further constraints on how it functions, according to him.

Another group of legal scholars, including some from the conservative Heritage Foundation, have identified a number of statutes that could be used to prosecute the leaker and spark the kind of wide-ranging investigation that could ensnare members of the press, court staff, and even individual justices. According to John Malcolm, a legal expert with the Heritage Foundation, one statute that has been utilized against leakers broadly deals with theft, embezzlement, and the conversion of "things of value" that belong to the government, all of which are prohibited under federal law.

Nonetheless, First Amendment experts have stated that they would not be shocked if one of these rules were put to the test in this instance.

Does the leak of the Supreme Court draft opinion constitute a crime?