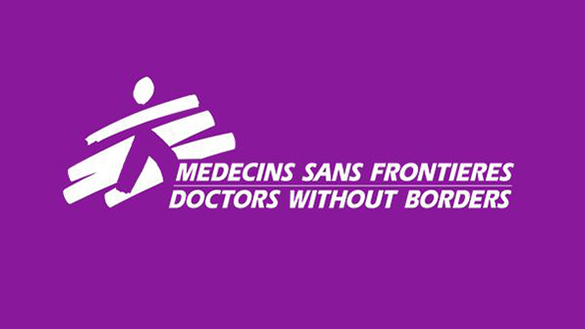 Dr. Peter Hotez of Baylor University’s School of Medicine, warned on CNN that the United States is so overwhelmed with COVID-19 that it is approaching a humanitarian crisis.

Yesterday was the 12th day in a row in the United States we saw the number of new coronavirus infections top 100,000. In fact, on Saturday, the number of new infections soared over the 187,000 mark. The pandemic is getting worse in the U.S., and things have become so bad that Doctors without Borders, which usually helps with medical access in the third world, has now dispatched physicians to the United States.

CNN’s Dr. Sanjay Gupta this morning called the ferocious surge in COVID-19 a humanitarian crisis. “This is probably one of the worst stories I’ve covered in my career here at CNN,” Gupta said. “Doctors Without Borders Have come to the United States to do their work. 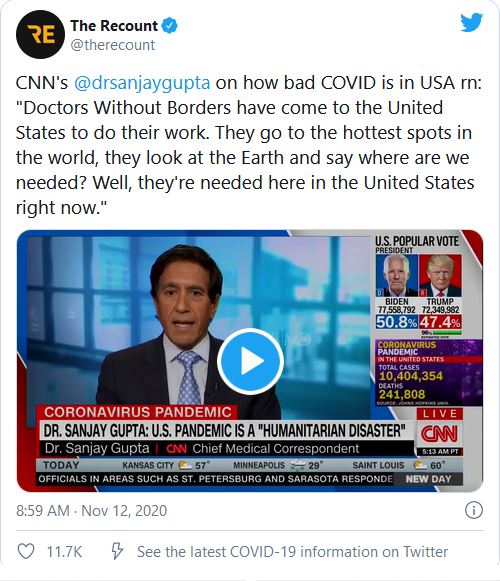 The current explosion of coronavirus cases across the United States is so severe that the international aid group Doctors Without Borders has come to the U.S. to help control the pandemic.

The France-based organization provides medical care to millions of people caught in crises worldwide, typically in developing countries where access to quality health care is minimal. It has been instrumental in dealing with Ebola outbreaks and other epidemics, responding to natural disasters, and caring for war and civil unrest victims.

The fact that the group is deploying to the U.S. clearly indicates how bad the pandemic is right now.

Dr. Peter Hotez, Dean of Baylor University’s School of Medicine’s and Tropical Medicine, is so worried he was quoted yesterday as saying…

“It’s more than just heading in the wrong direction…We are on the verge of a humanitarian catastrophe approaching potentially 400,000 Americans who could perish by the early part of next year. Let’s look at where we’ll be in January when the formal transition takes place: 2,000 to 2,500 Americans will be dying every day; those are the projections.”

Dr. Hotez went on to explain that those numbers mean the coronavirus could become the…

“The fact that this is the time it won’t occur will only mean greater loss of life, so this is incredibly heartbreaking.”

Dr. Hotez tried to temper his current negative sentiment by saying he believes things will get better by the end of next year. His hope for better times is based on the belief that most Americans will be vaccinated against the virus by the end of next year and will be able to return to life as usual finally.

The goal he says now is doing everything possible to keep Americans from spreading the virus until then. The challenge is the large numbers of Americans unwilling to social distance and or wear masks to reduce the risk of others’ lives and lives because of sheer stubbornness and unwillingness to believe in the science.

The United States is ‘on the verge of a humanitarian catastrophe.’