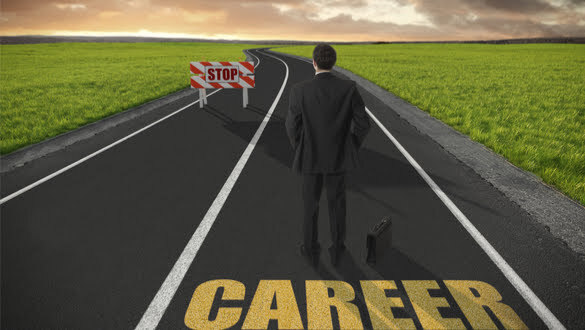 235,000 new jobs were created by employers last month, which was much less than anticipated.

According to Labor Department statistics published Friday, the United States created 235,000 jobs in August. The unemployment rate dropped to 5.2 percent, even though the economy seemed to be faltering due to an increase in coronavirus infections.

Economists had predicted that employment growth would slow somewhat in August, to a gain of about 750,000 jobs, according to consensus estimates, due to decreasing consumer confidence and disruptions to school schedules.

Restaurant bookings, plane travel, and other important drivers of the recovery were all down in August, raising concerns about the strength of the August employment gain.

"The delta variation is all over Today's report, and it couldn't be more obvious.

While there is little doubt that the current increase of COVID-19 cases is a significant drag on the job market, "Indeed's economic research director, Nick Bunker, shared his thoughts.

The August employment report revealed losses in areas of the economy that had been affected the hardest by the epidemic and were critical to the recovery from the economic damage caused by it.

The leisure and hospitality industry did not create any net jobs in August, as a 42,000-job loss in restaurants and bars more than offset a 36,000-job increase in the arts and entertainment sector in the previous month.

Slowing employment growth in leisure and hospitality, one of the industries most susceptible to COVID-19, is a concerning indication of the economy's overall recovery rate.

According to the Labor Department, the industry has gained an average of 350,000 jobs per month since February. It is still down by 1.7 million employment from its high in 2020, according to the department.

As a result of significant job losses at grocery shops, construction material and garden supply stores, and other businesses, employment within the retail sector dropped by 29,000 people.

As a result, professional and business services accounted for 74,000 of the new employment created in August, followed by transportation and warehousing (53,000), manufacturing (37,000), and private education (7,000).

"The breakdown of job growth by sector demonstrates unequivocal evidence that the greater COVID-19 spread is responsible for this disappointing result," Bunker said.

"However, the labor market is still in the process of rebounding."

In August, the first full month after the delta spike began in mid-July, job growth slowed considerably. However, the labor market continued to show indications of resiliency.

In August, the labor force participation rate remained unchanged at 61.7 percent. The employment to population ratio – a more comprehensive indicator of job market health — increased by 0.1 percentage point to 58.5 percent.

The unemployment rate for whites fell from 4.8 percent to 4.5 percent while the labor force participation rate remained stable, indicating that progress had been made.

Black unemployment increased from 8.2 percent to 8.8 percent, but participation increased by 0.8 percentage points due to this increase.

According to the Bureau of Labor Statistics, the number of Americans who have been out of work for 27 weeks or more, known as the "long-term unemployed," has also decreased from 3.4 million to about 3.2 million.

Another encouraging indication for the economy came from upward adjustments to the massive job growth recorded in June and July.

It is still possible to feel the underlying momentum."

All that remains is for us to see whether we can keep up the pace till this surge is over," Bunker said.

Despite this, the sharp decline in employment growth will undoubtedly raise concerns about the health of the United States economy and increase political pressure on President Biden.

President Barack Obama is also working hard to keep contentious Democratic members of Congress together behind an ambitious infrastructure, climate, and social services spending drive, all while racing against the clock to meet a Sept. 30 funding deadline for the government.

In addition, Biden and Democrats must find a method to increase the federal debt ceiling before the United States fails, which may be impossible without the cooperation of the Republican-controlled Congress.

In a moment of crisis, I am confident in the ability of the American people to overcome any obstacle, and I strongly advise against reinstituting government programs that will take us backward.

Don Beyer (D-VA), the chairman of the Joint Economic Committee, said that the August slowdown served as a reminder that more must be done to clamp down on COVID-19 and pursue aggressive economic initiatives.

According to Beyer, "Today's jobs numbers serve as a reminder that economic recovery is dependent on containing the spread of the coronavirus. Recovering from the worst economic crisis since the Great Depression will not be without its challenges, but with strong leadership, we will be able to continue to rise to meet them."